So, our first Slovak Competition!  “Military” is what the Slovaks call Eventing, with the same three phases of Dressage, Show Jumping and Cross Country. This competition was run slightly differently though – no times were issued prior to the event and all competitors registered at the event at 08.00.  Also, all competitors in each section completed dressage and SJ, then times were allocated for XC; which was run in reverse order.  Not sure if this is normal though as it’s our first one!

We left the yard at just after 06.45 as Finn decided that she didn’t want to load into the trailer today – making us 15 minutes late leaving – naughty pony!!

We arrived Trenčianska Závada which was set in the beautiful Carpathian Mountains with absolutely stunning scenery – you can see this in a few of the photos. We were allocated a stable (which was a very nice surprise); Finn’s passport was checked and the event vet checked her over before we were allowed to compete.  [I need to get her blood tested and this needs to be noted on the passport for all future events – so must get that sorted…..]

We had plenty of time as the dressage wasn’t until 12.00, so we had breakfast in the lovely ‘hostinec’ on site.  We then went to walk the XC course, which was fairly straightforward but quite hilly; so I was a little bit concerned about Finn’s fitness level: we haven’t evented since Norton Disney last October – but could take it easy if necessary.

So, onto dressage.  I was so pleased that the fabulous FB group #twittereventing turned up trumps by translating the dressage test for me – so at least I knew the test rather than having to learn it by watching others on the day.  The event was very professionally run indoor warm up and the test arena outside in front of the gallery.  There were Dressage Judges at both C and E.  The arena was marked out with proper mini picket fence boards and flower pots etc.  Finn warmed up nicely in the indoor school but then completely froze outside.  I rode her around the outside of the arena once and managed to get some semblance of order before the bell rang for us to start.  She was a bit tense but I was overall pleased with the test; we were in 8th place after dressage, but I don’t know what mark we were awarded or the comments from judges as I forgot to pick up my sheet. 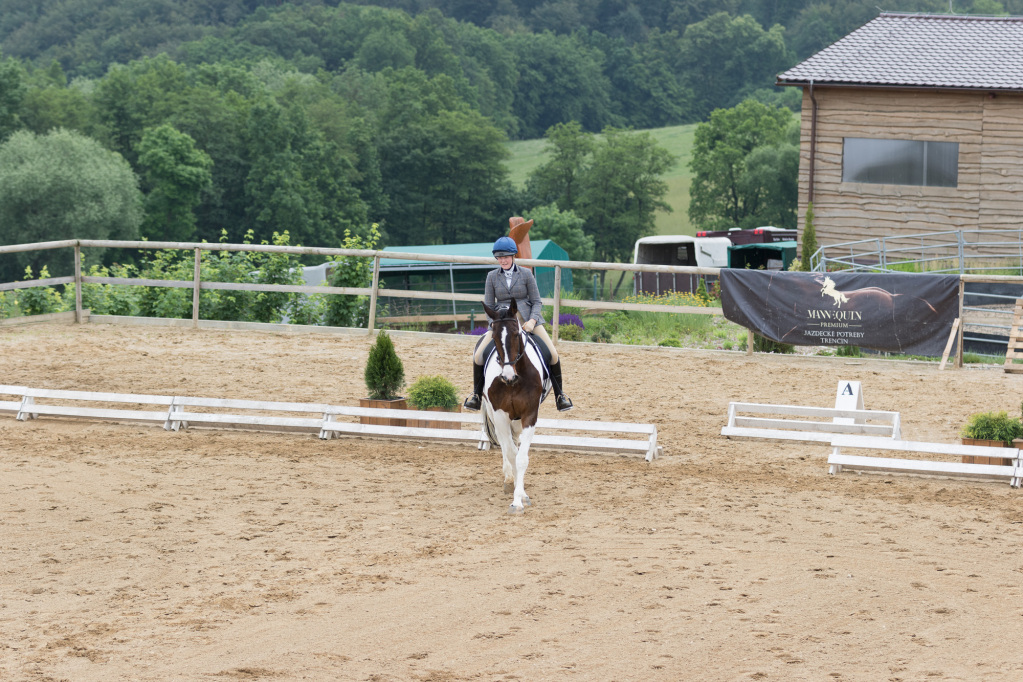 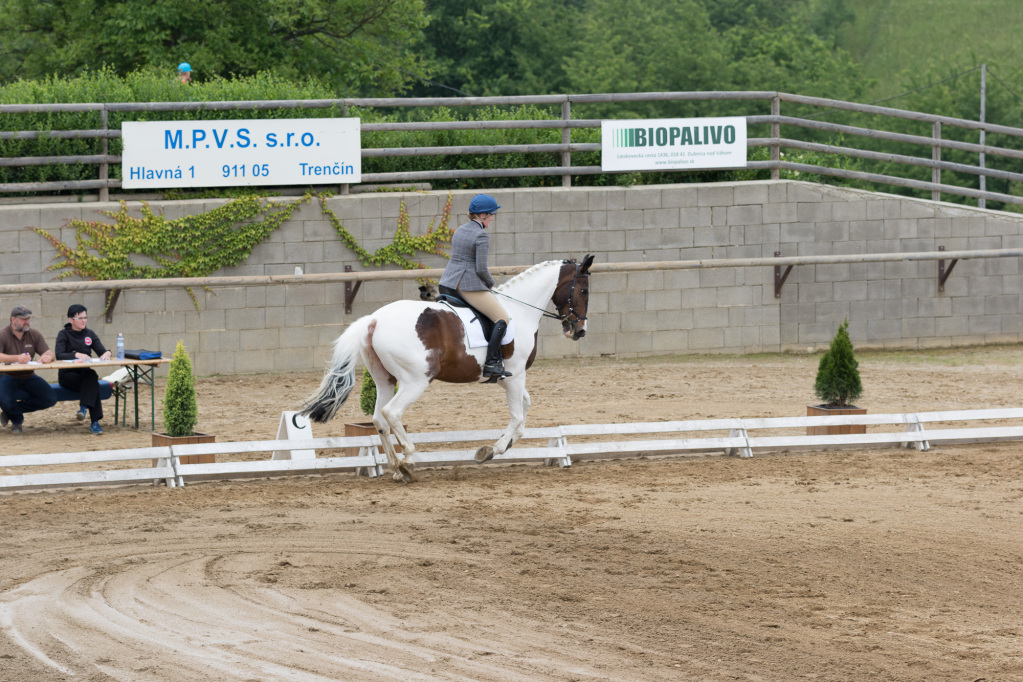 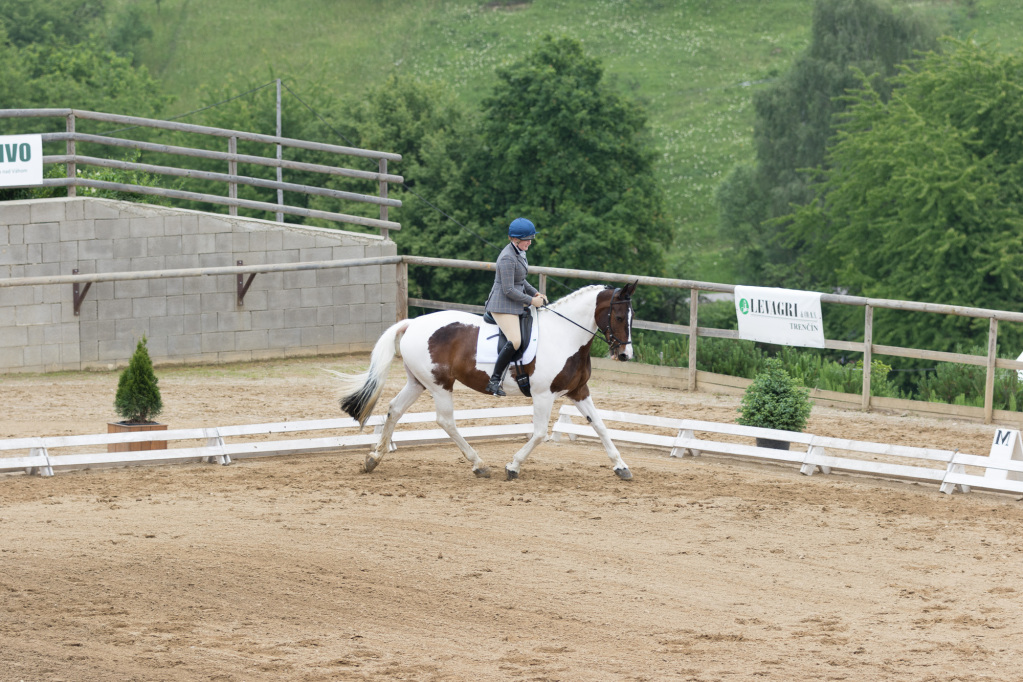 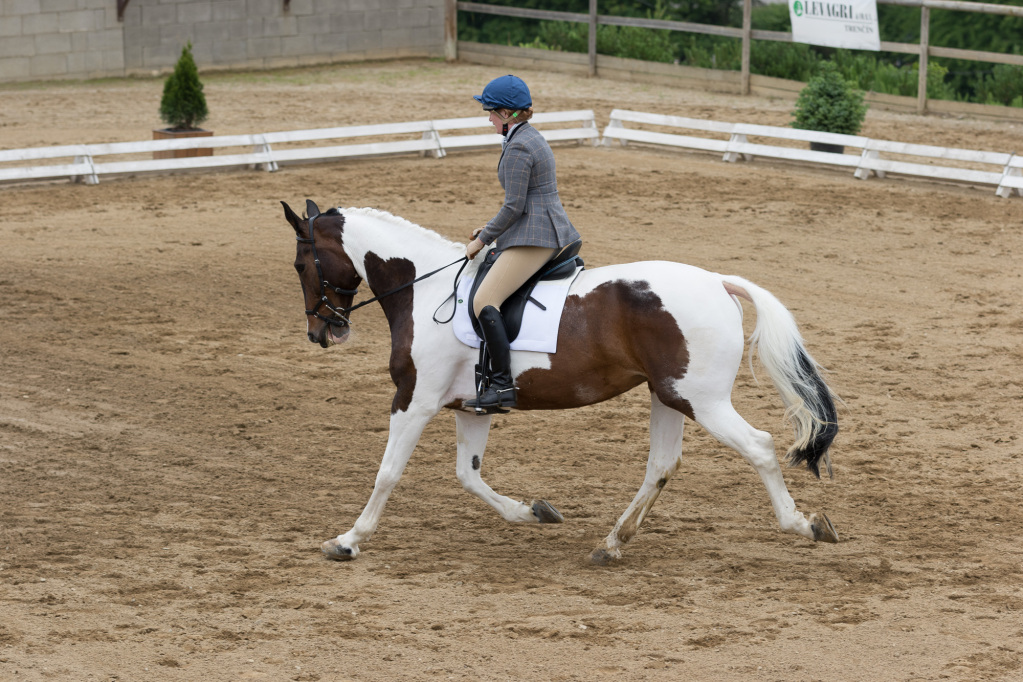 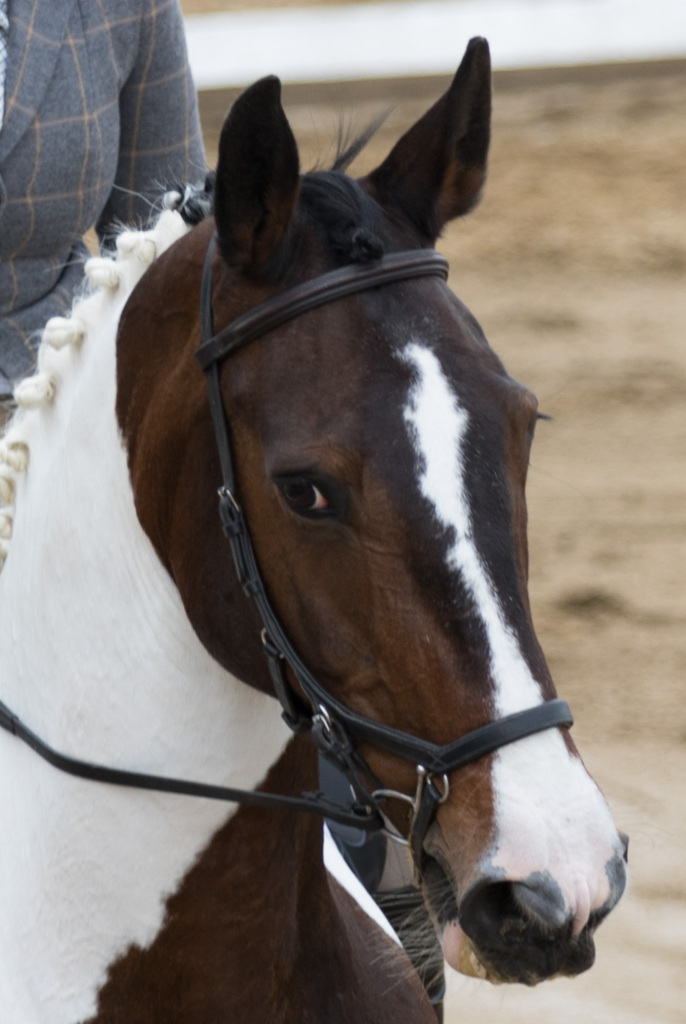 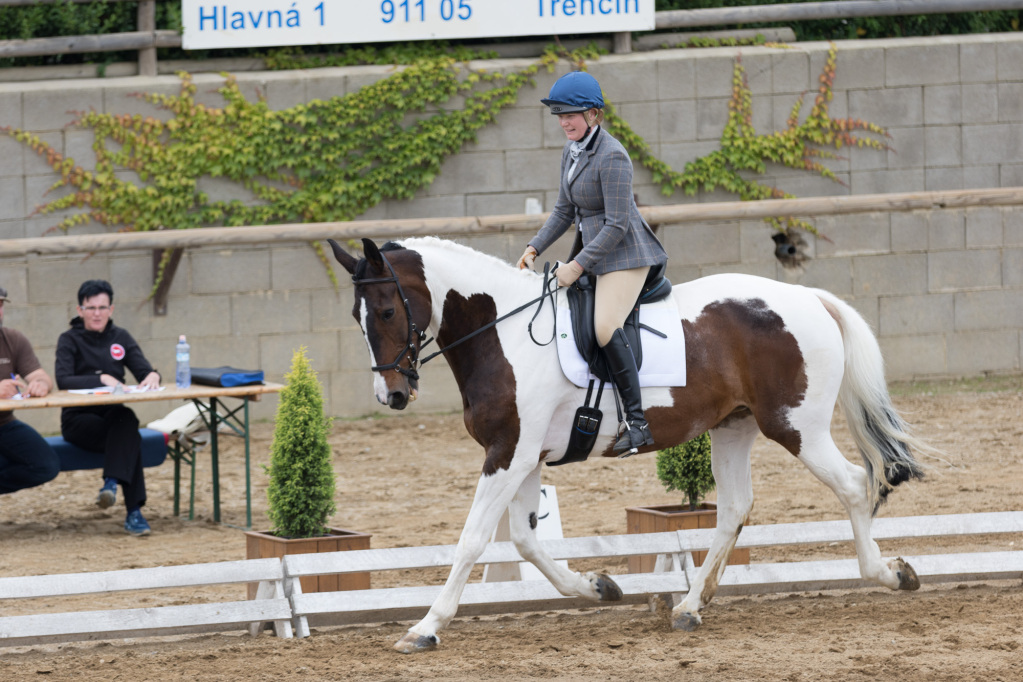 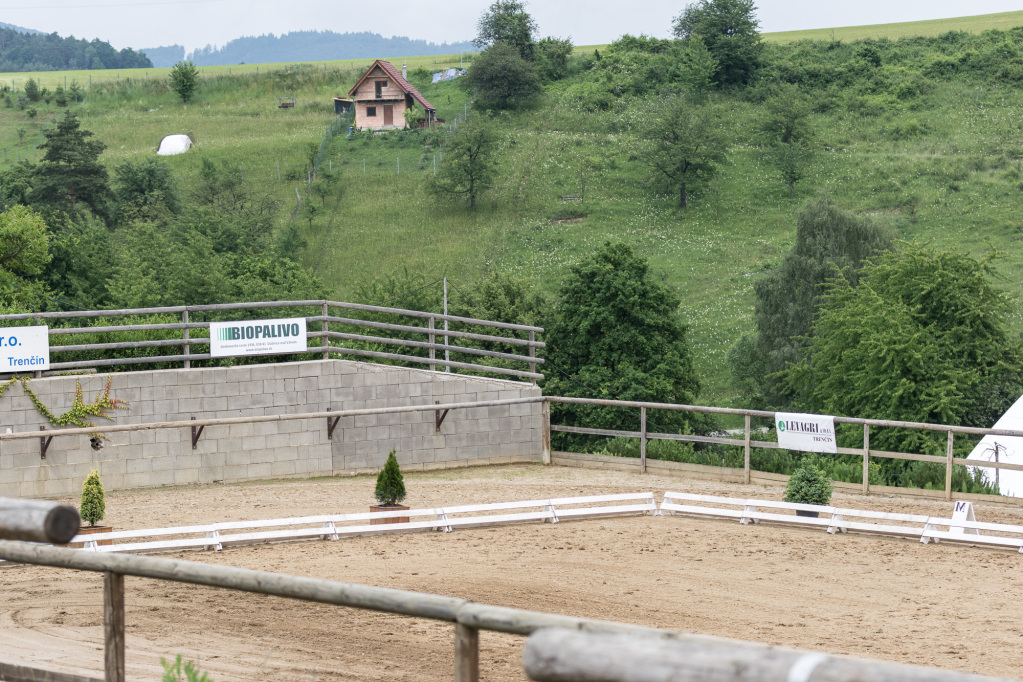 The SJ arena was at the bottom of the event ground and was a little wet – but we’ve competed in much worse!!  We had to walk past a children’s playground and flappy plastic fencing to get there, but Finn was unfazed by this – which was a relief.  We were last to go and everyone else had left the area.  So I had to dismount to walk the course before warming Finn up.  There was no mounting block so I had to lower my left stirrup by about 6 holes to mount.  Finn warmed up well and I only needed to do 4 or so jumps before we were ready to start.  Finn jumped a lovely clear round – we were a bit slow so got 5 time faults – but I was concentrating on steady rhythm and flow.  It wasn’t until I finished the course that I realised that I hadn’t put my stirrup back up after mounting.  I think you can see I look a bit uneven in the shot over the last fence – OOPS!!  I lost 2 places after SJ due to the time faults – now lying in tenth.

Interestingly for the Dressage and the SJ there was NO TWEED!! I did look rather out of place amongst all the black and RED jackets!  Numbers were only worn for the XC, and only on the back; cloth numbers with pins attached.  I popped my number in to my number bib to prevent unwanted holes in my air jacket!! 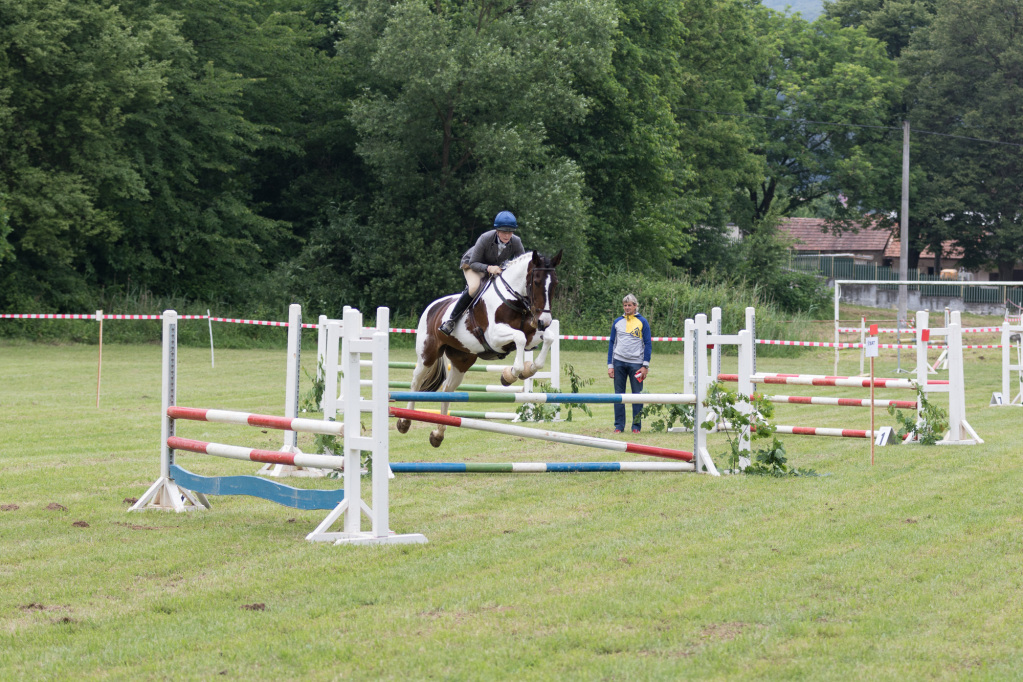 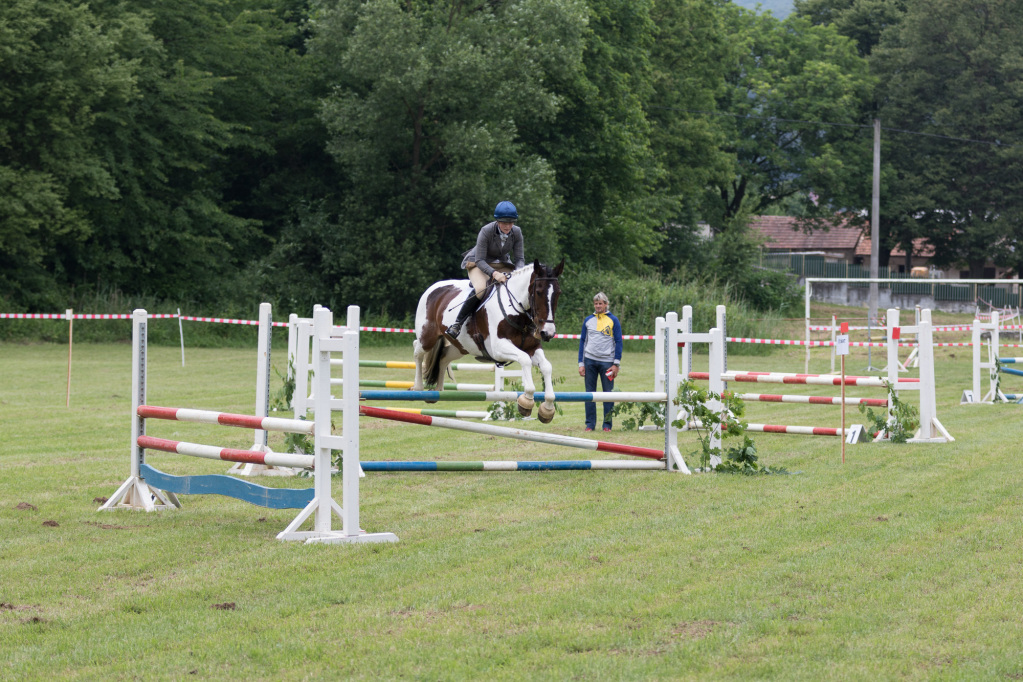 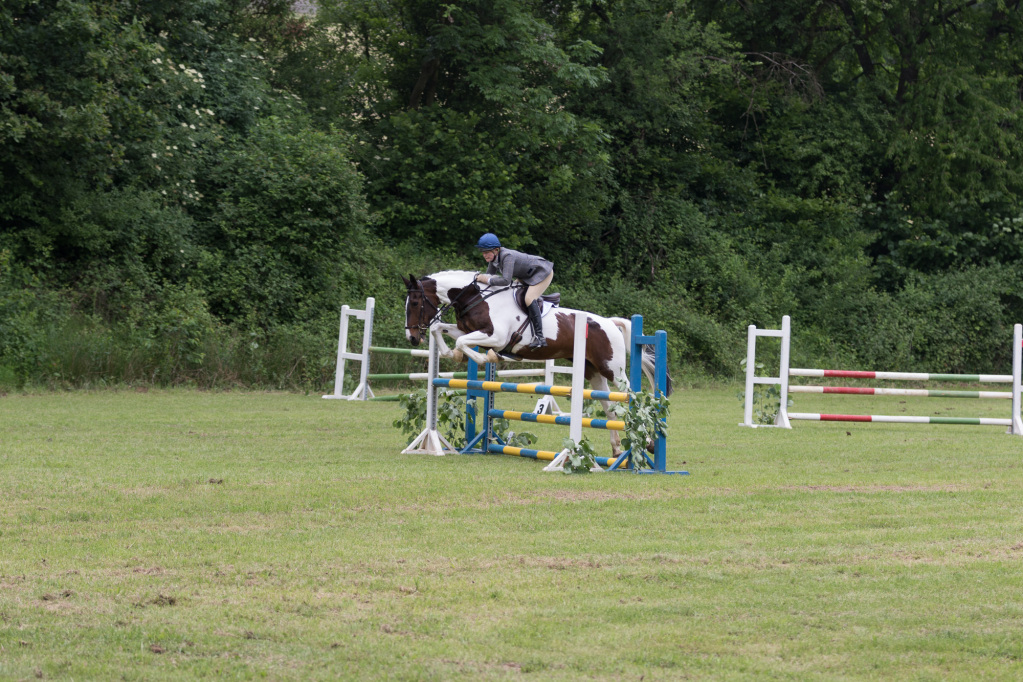 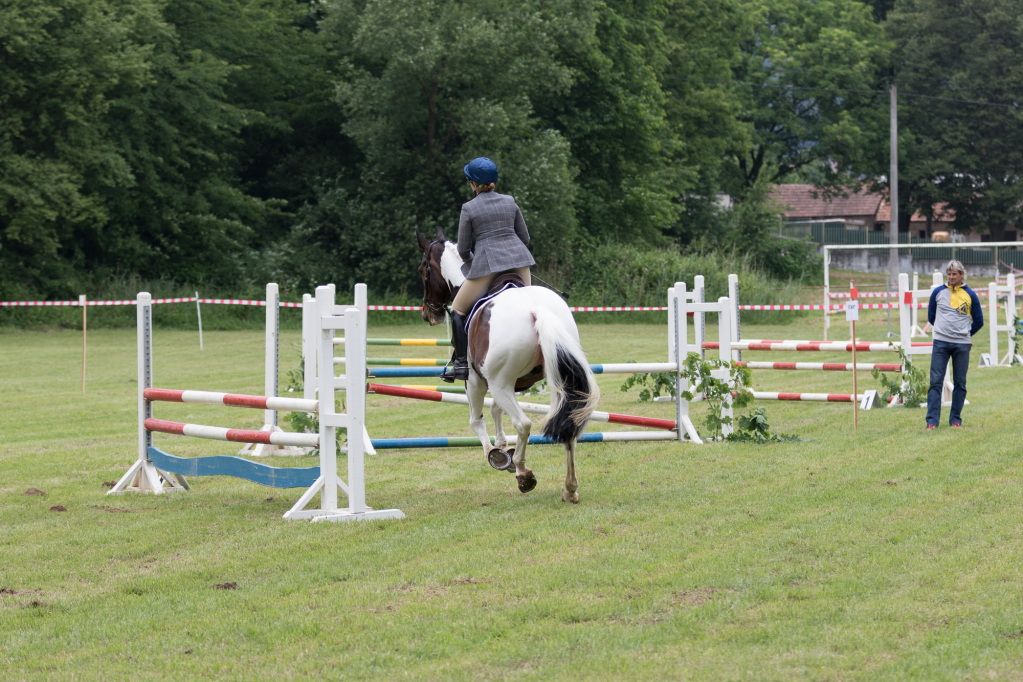 The XC colours people were wearing were very conservative, and everyone had changed into dark jods for the XC, so I decided to wear my white spider top rather than my XC shirt.  The course rode really well, and I didn’t have to worry about Finn’s fitness – she stormed it!  I think maybe a bit too fast for a 90; but perfect 100 speed – I think we could have got some reverse time pens.  There was a great atmosphere, with lots of people out on course cheering you on and a double round of applause as we came across the finishing line!  I was so pleased with Finn and she felt like she was really enjoying herself.  We had to go for a vet check before being allowed to walk back to the stables, he was pleased with her and released us to go and get washed off.  The yard was equipped with hard standing and a hose – which was another nice surprise.  After cooling off and having a little walk in hand Finn went back in the stable while we went to check the scores.  Finn finished 8th with a lovely double clear in our first outing out here in Slovakia – very pleased! 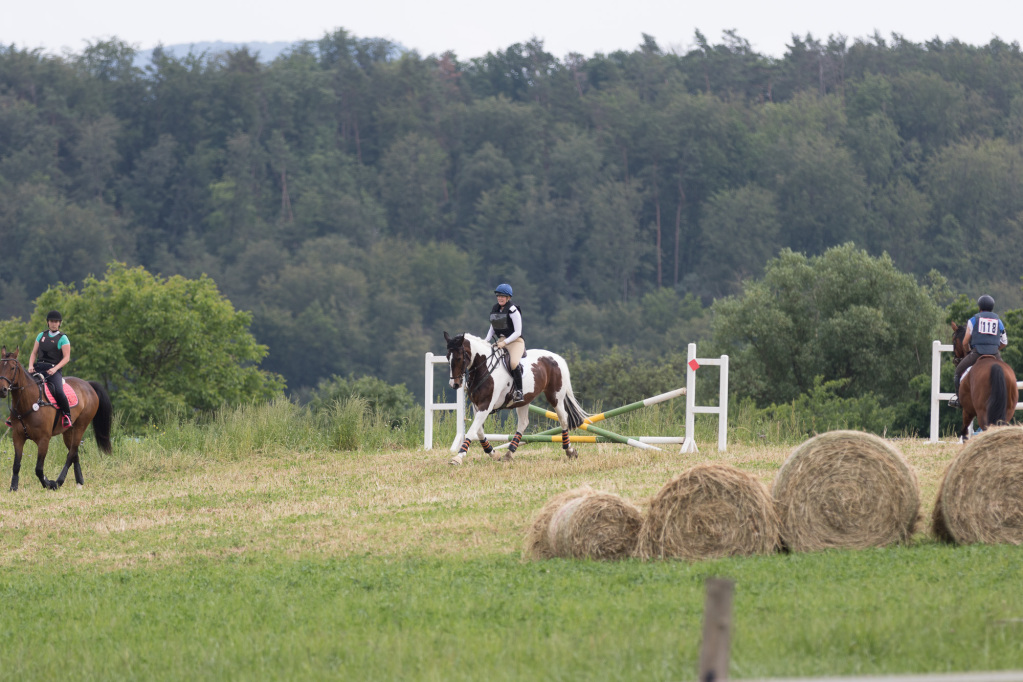 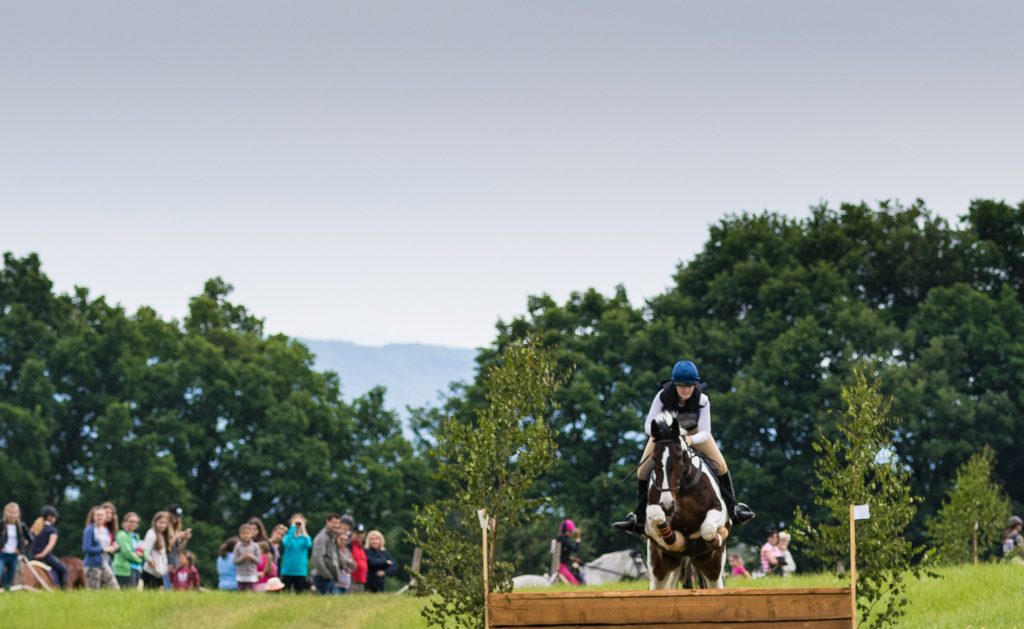 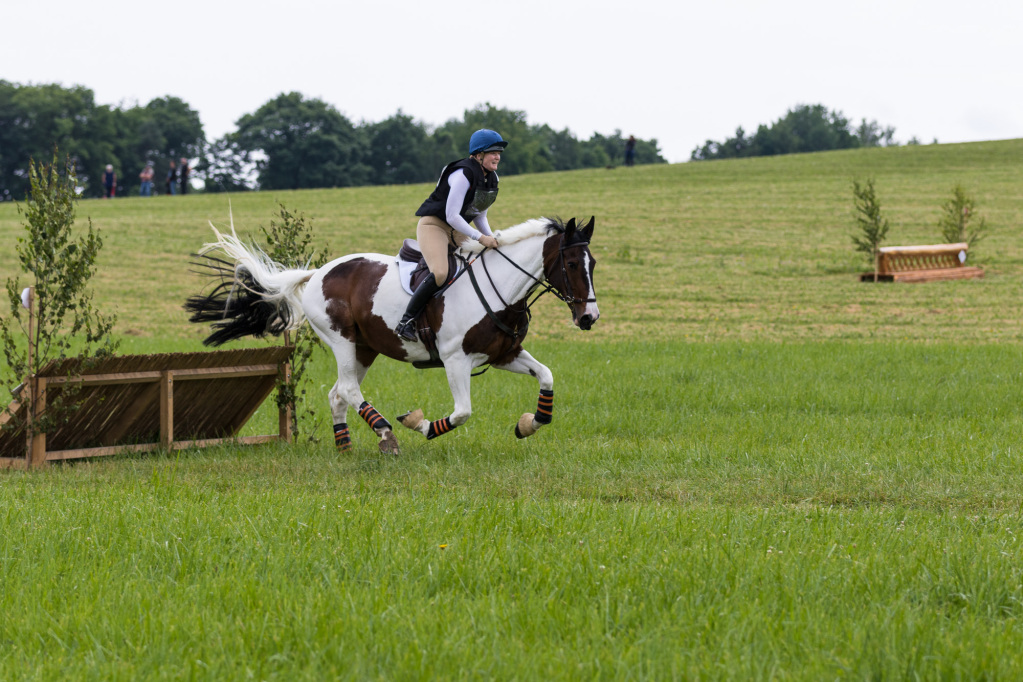 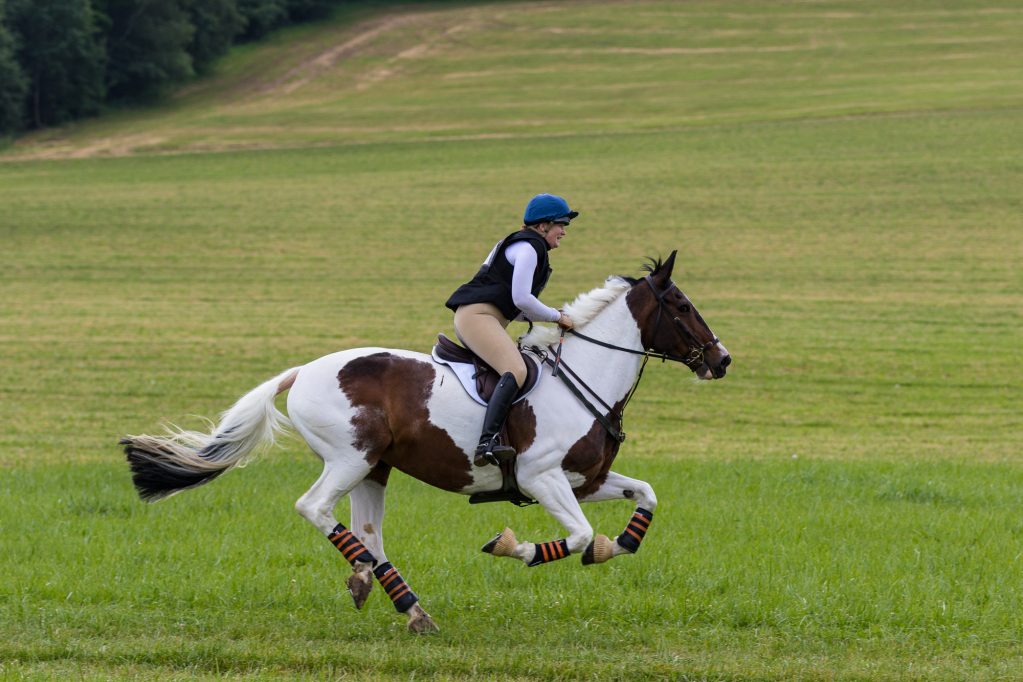 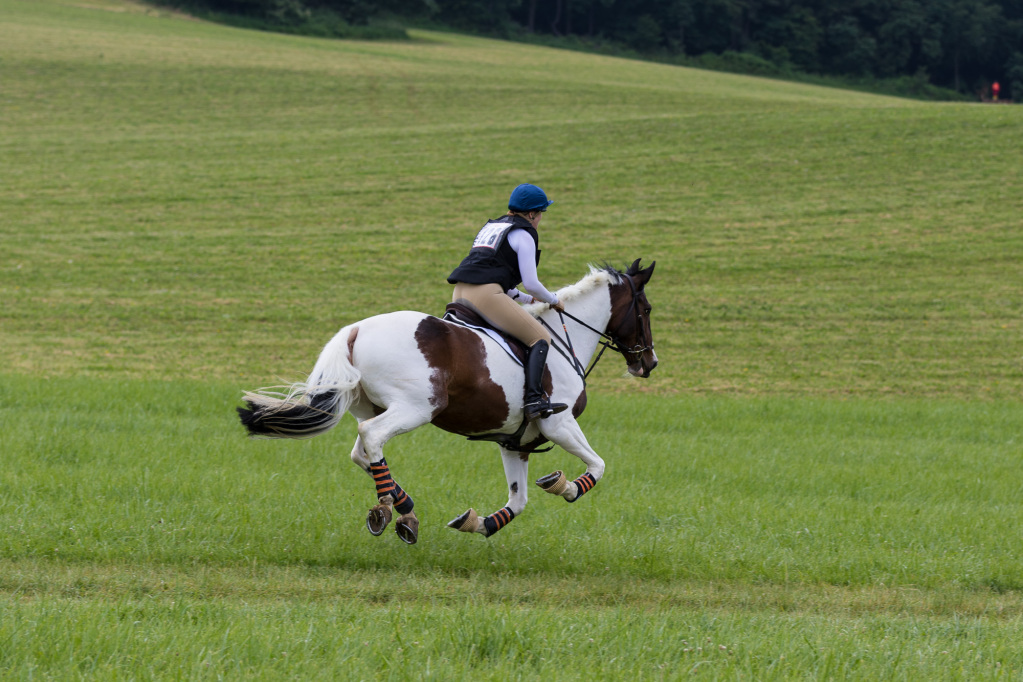 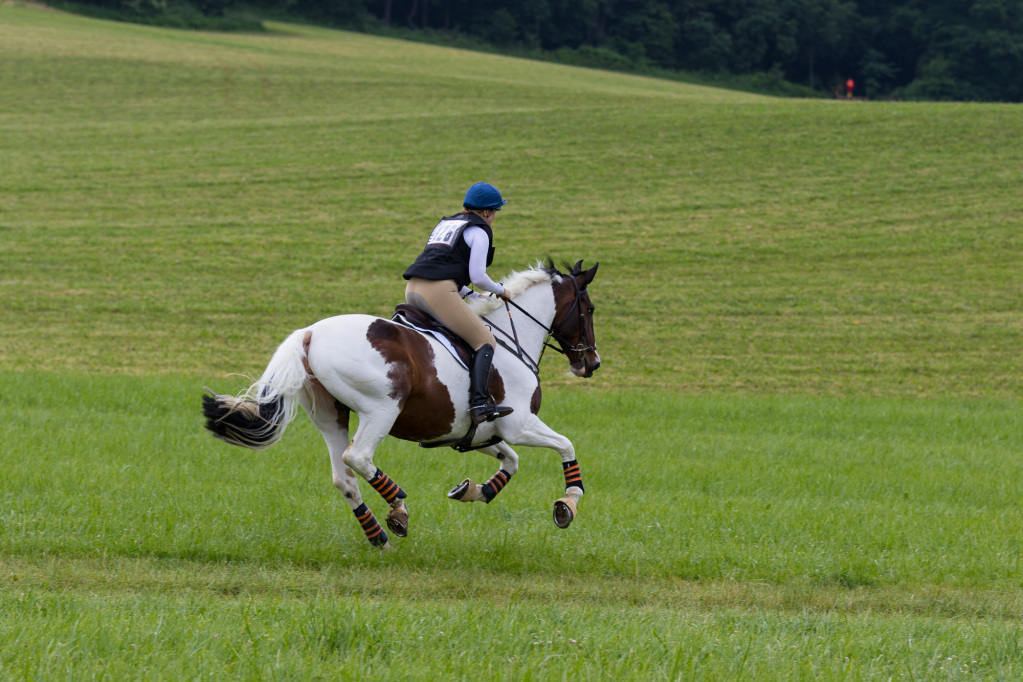 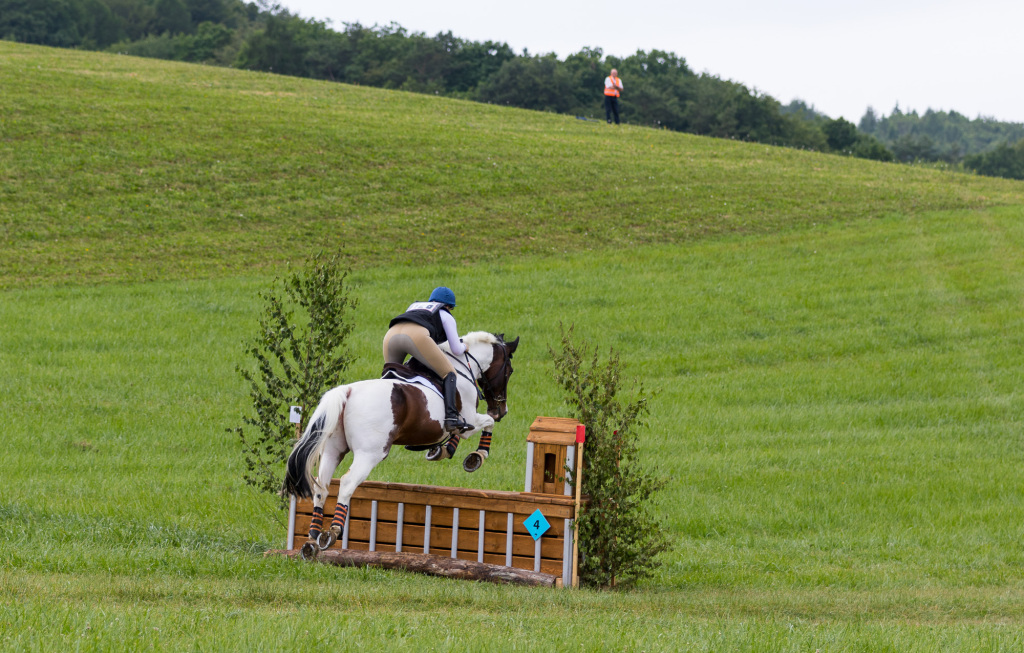 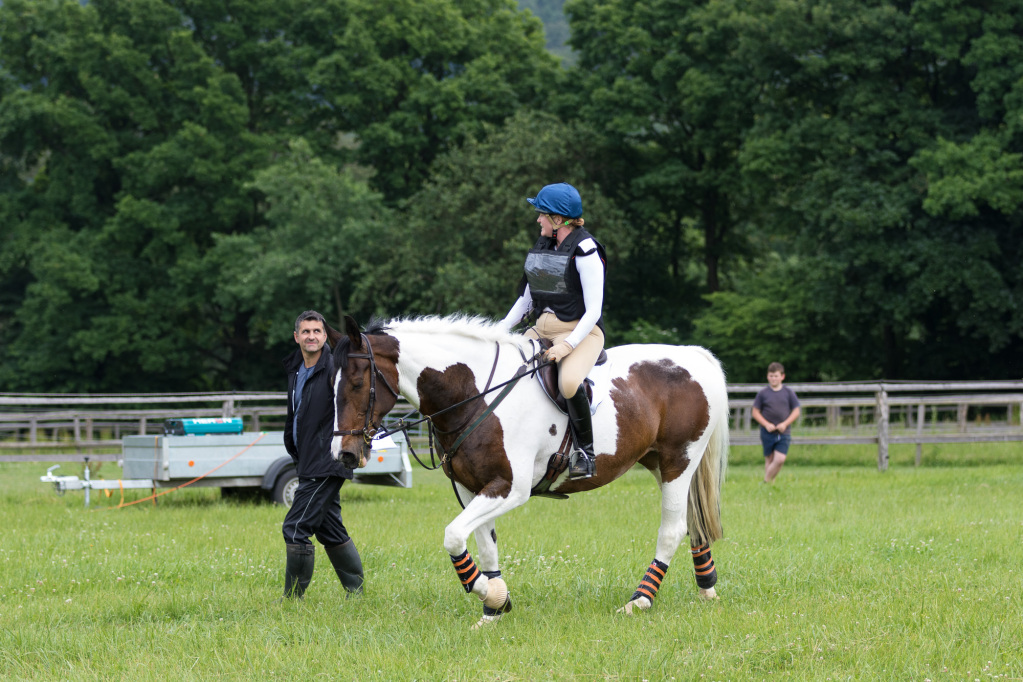 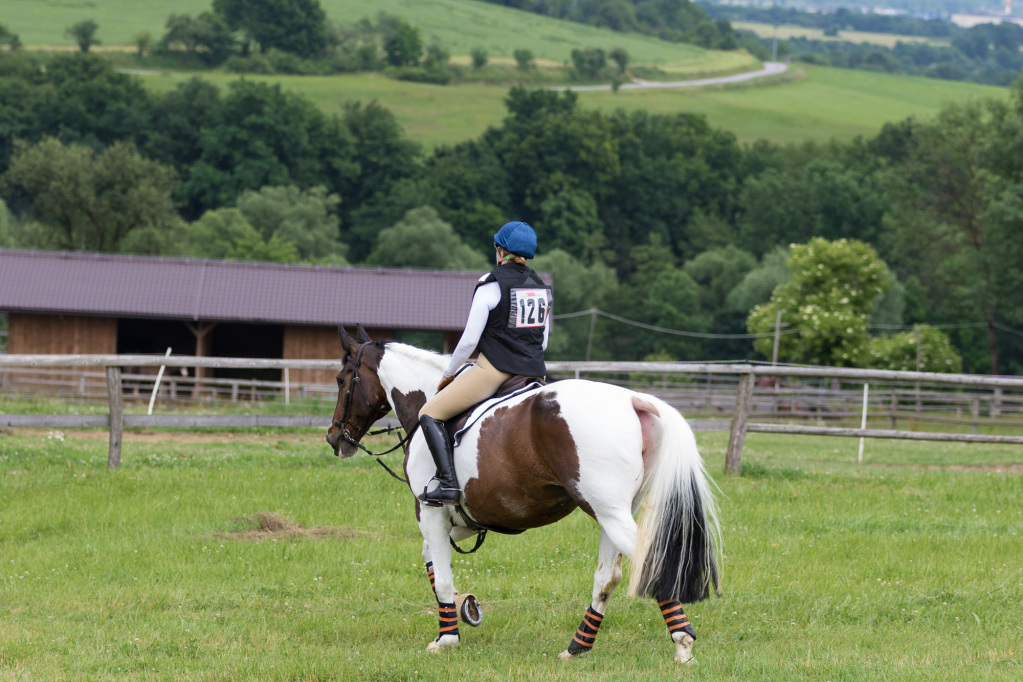 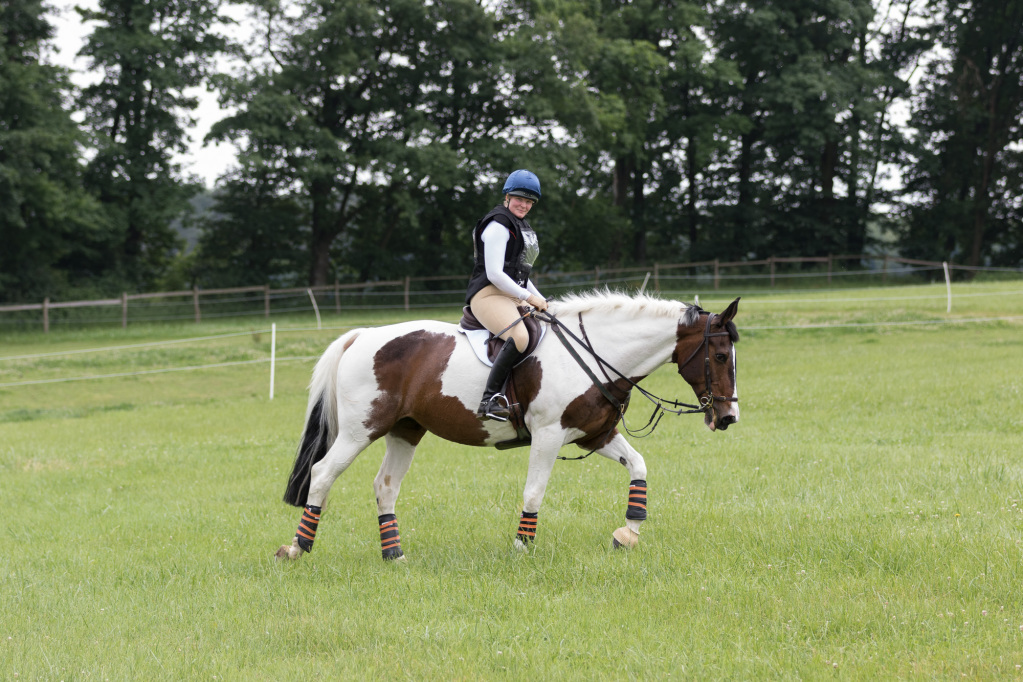 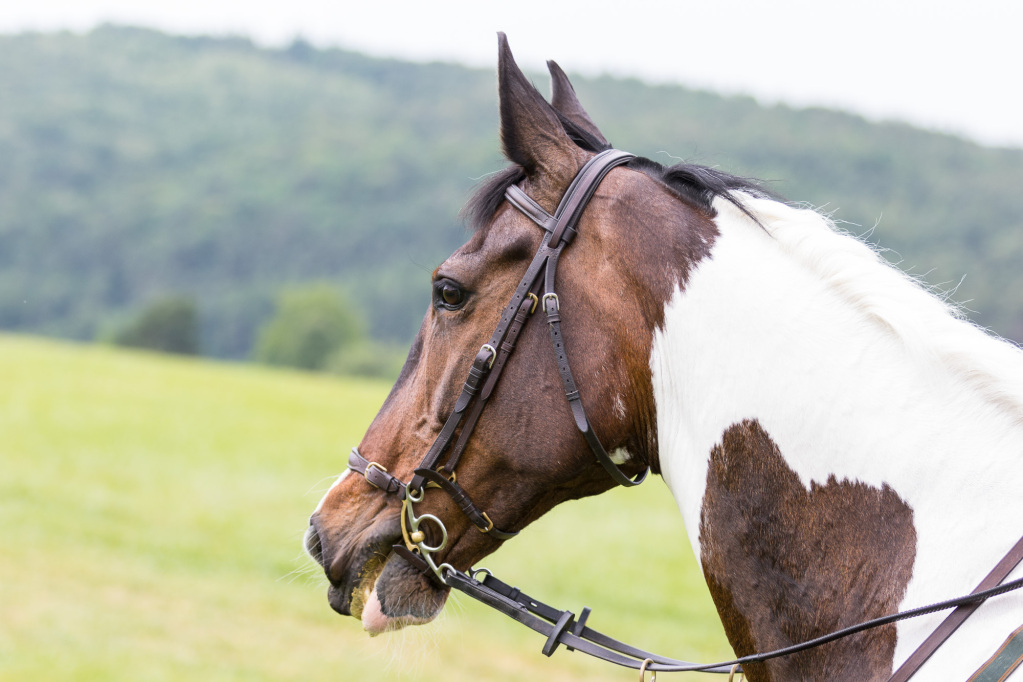 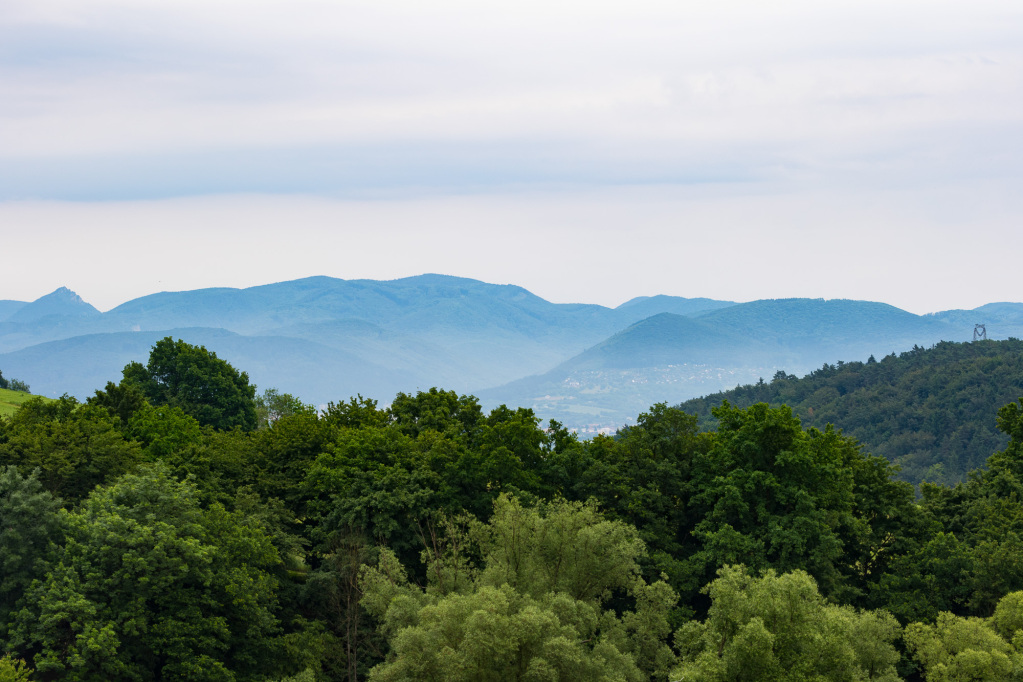