Late decision on Wednesday to take Finn Show Jumping today, seeing as the Eventing next weekend has been postponed until September. We entered the 90cm and 100cm classes, and were looking forward to a nice morning of jump practice.

Left the yard on time at 07.00, as all competitors needed to be present and available for registration at 08.00. Finn was a cow to load, not sure why, as last weekend when we went to Sala, she just walked straight on – maybe she was missing Silver!?!

Anyway, she did eventually load up, and we set off for Pezinok. It was a very grand place, with a huge arena, large grandstand, shops etc. (which was lucky as the zip on my breeches broke and I needed to buy a new pair)!

90cm
400m; Tempo 350 metres per minute; Allowed Time 69s; Maximum Time 138s Optimum Time 65s
In the first class – the 90cm, we were 13th to go out of 55 horses with the class starting at 08.30. We registered and then went to get Finn unloaded and tacked up. I got to the warm up arena (right next to the competition arena) and realised that I had forgotten my bridle number and had to go back to the lorry park to fetch it. Which resulted in about 6 minutes to warm up! I cantered around and jumped a couple of practice fences and then went straight in. Finn was not fazed at all by the atmosphere: the grandstand was packed with spectators, there were show-cars in the arena and flags raised on the poles flapping about around the outside. Finn was foot perfect, I practiced what we have been focussing on in our lessons: balance; rhythm; power not speed. Finn produced a lovely clear round but we were too slow – which I didn’t mind at all. I was very happy with our performance! Our time was 69.89, resulting in 1 time fault and ending up 4.89 seconds over the optimum time and in 21st place.

100cm
420m; Tempo 350 metrees per minute; Allowed Time 72s; Maximum Time 144s; Optimum Time 68s
Back to the lorry park and a short rest, a cup of tea and a new pair of breeches later I was getting back on for the 100cm class – I didn’t want to be rushed in the warm up again…. I needn’t have worried as I got to the warm up with about 30 to go! We were 58th to go out of 70 horses. I walked around and got Finn relaxed and stretching, there were a lot of people looking at her as she was the ONLY coloured horse there… We began our warm up: trot and canter, popped a couple of practice fences and then into the ring for round two.

Again Finn settled to the job straight away, jumping with real style, beautiful rhythm and meeting every fence spot on the correct stride. I was so pleased with her, big pats for her as we left the arena. Our time was 70.83 seconds – within the allowed time of 72s, so no time faults this time but 2.83s behind the optimum time. I walked around the practice area a couple of times relax a bit, and headed back towards the lorry park. Chris had been taking photos (some great shots) and called over to me to let me know we had finished 12th – just out of the placings. There was less than 7/10 of a second between Finn and 8th place – it was tight at the top!! I wouldn’t have changed anything though – as I was going for a steady clear – and got exactly what I wanted. So well done SuperFinn!

I will definitely be coming back here, super venue, well run and very professional. 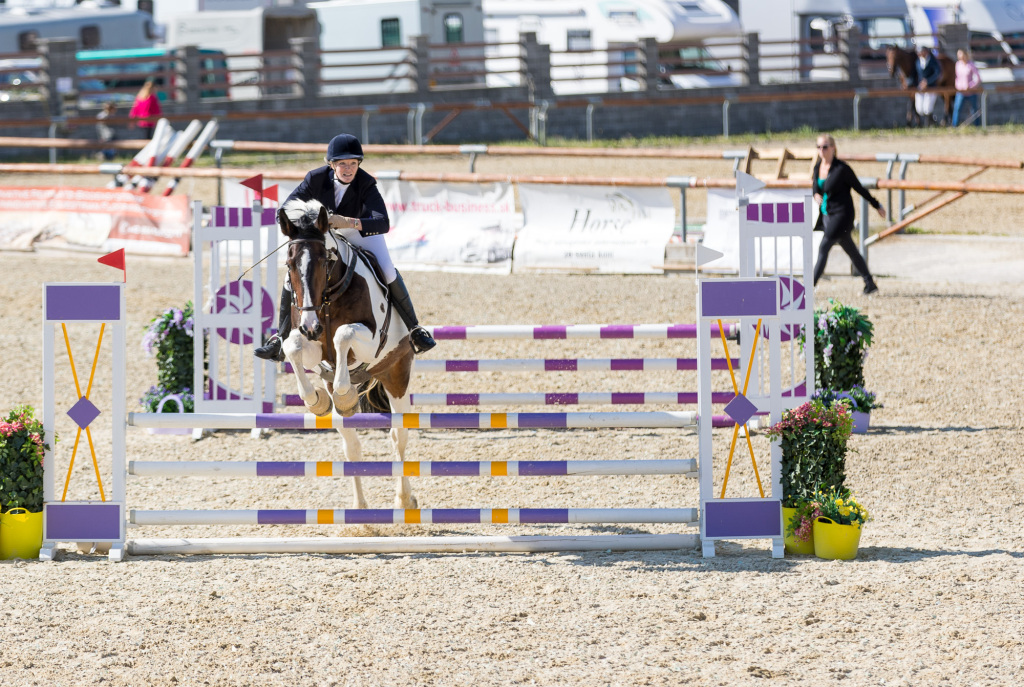 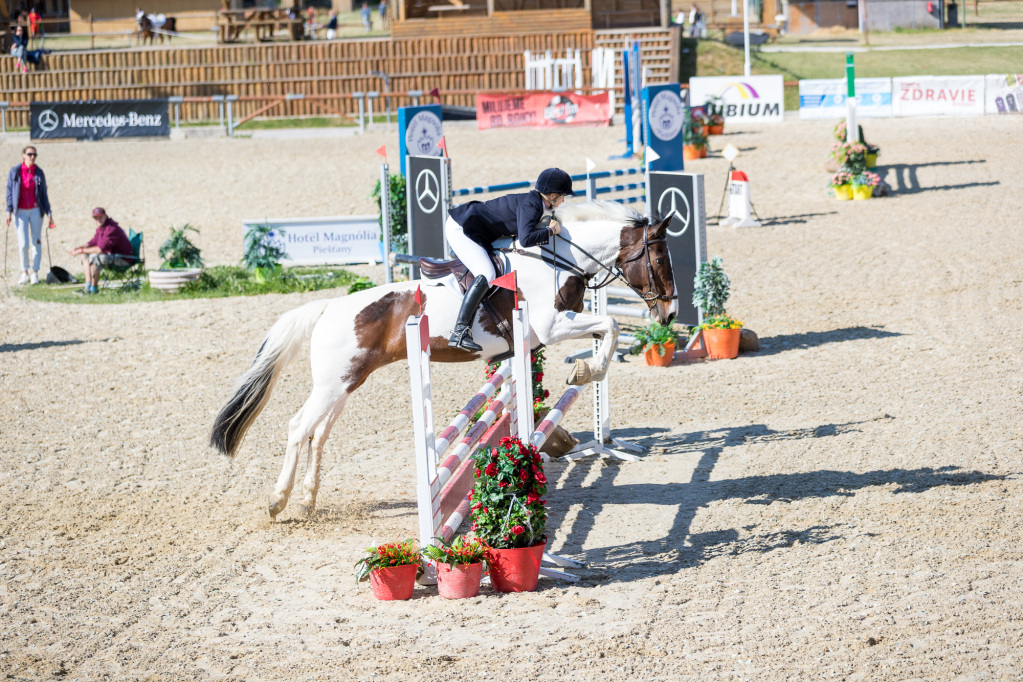 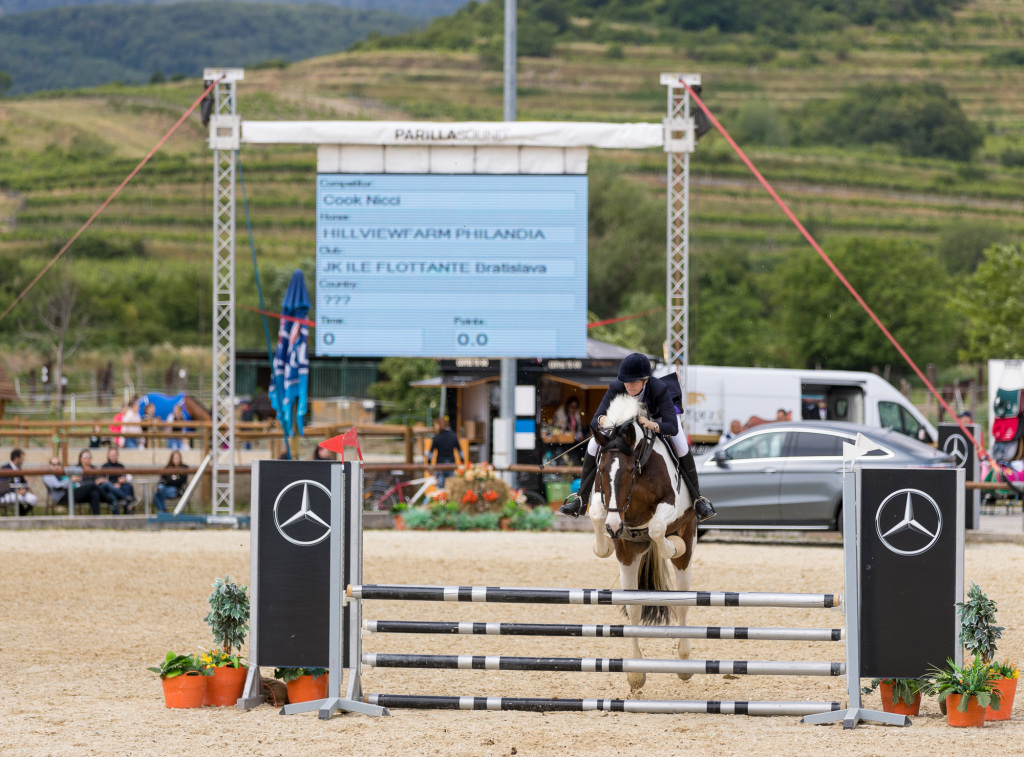 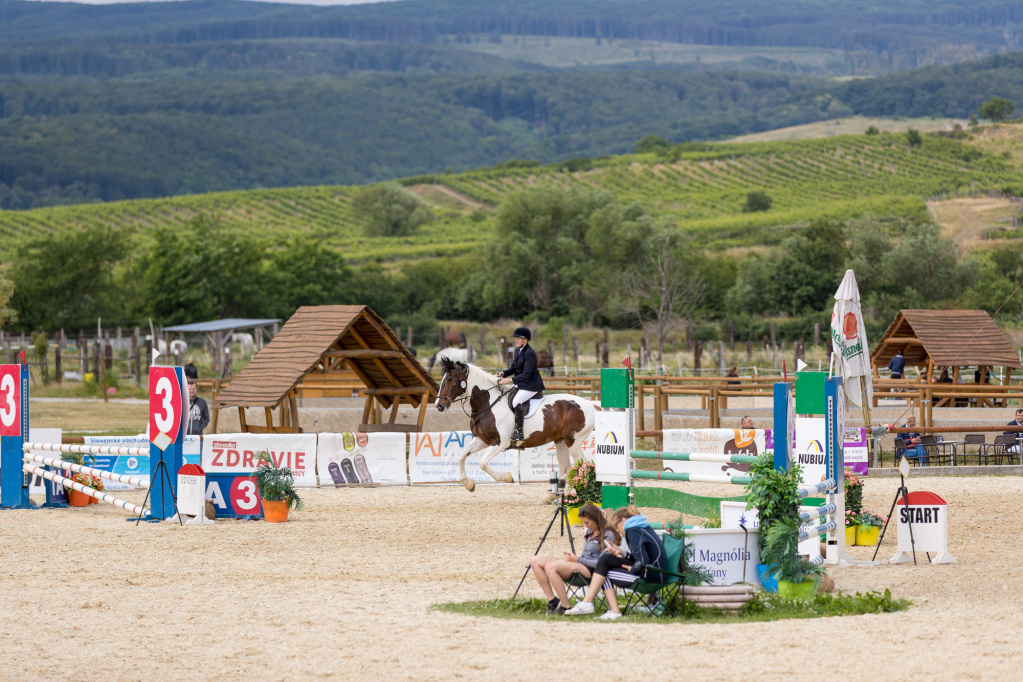 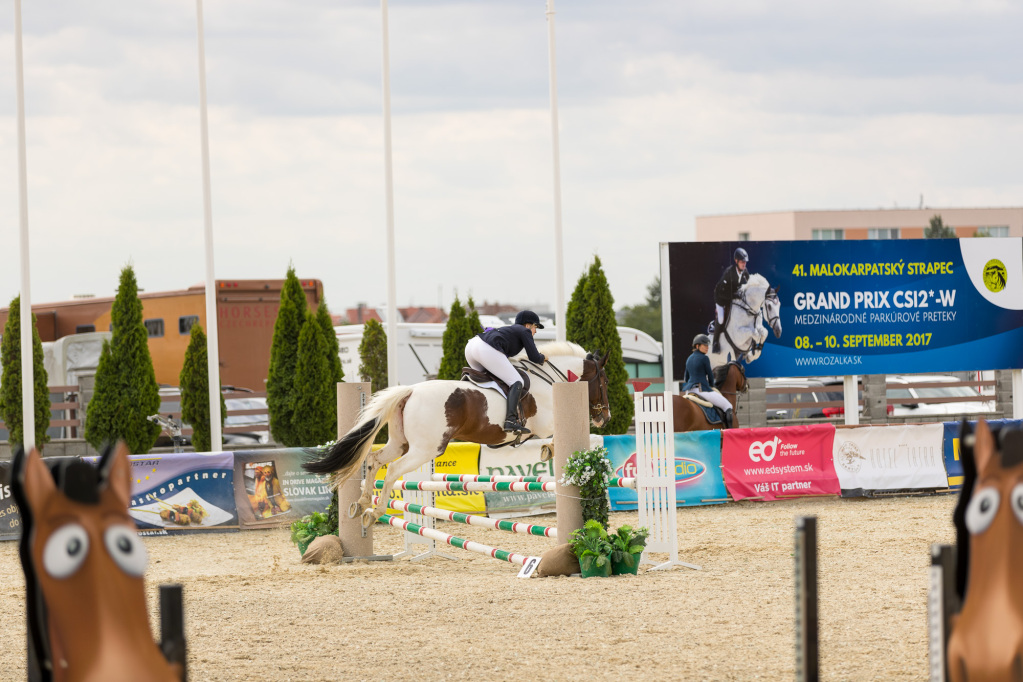 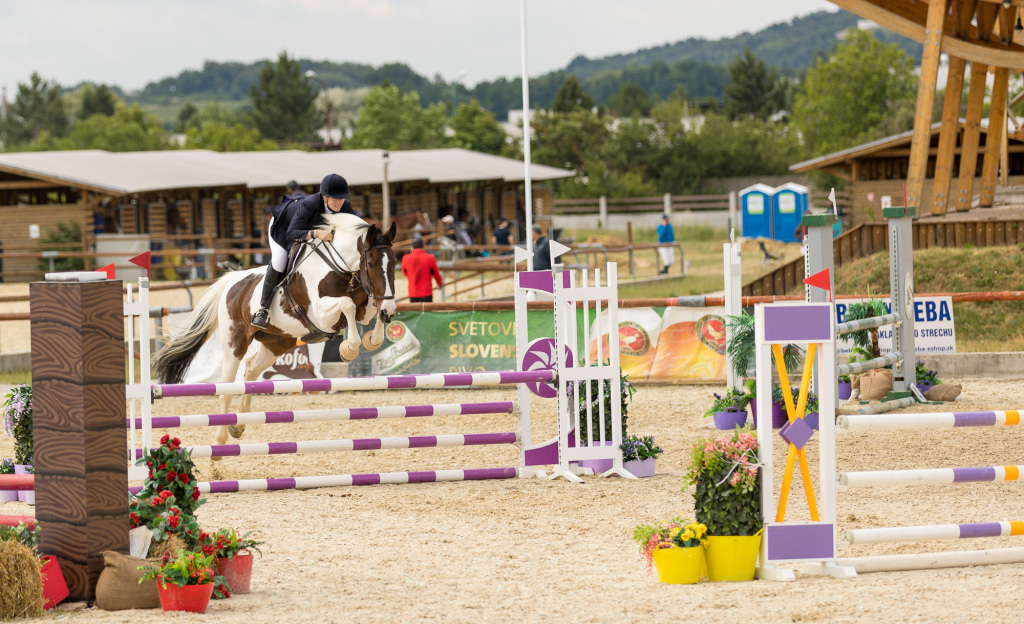 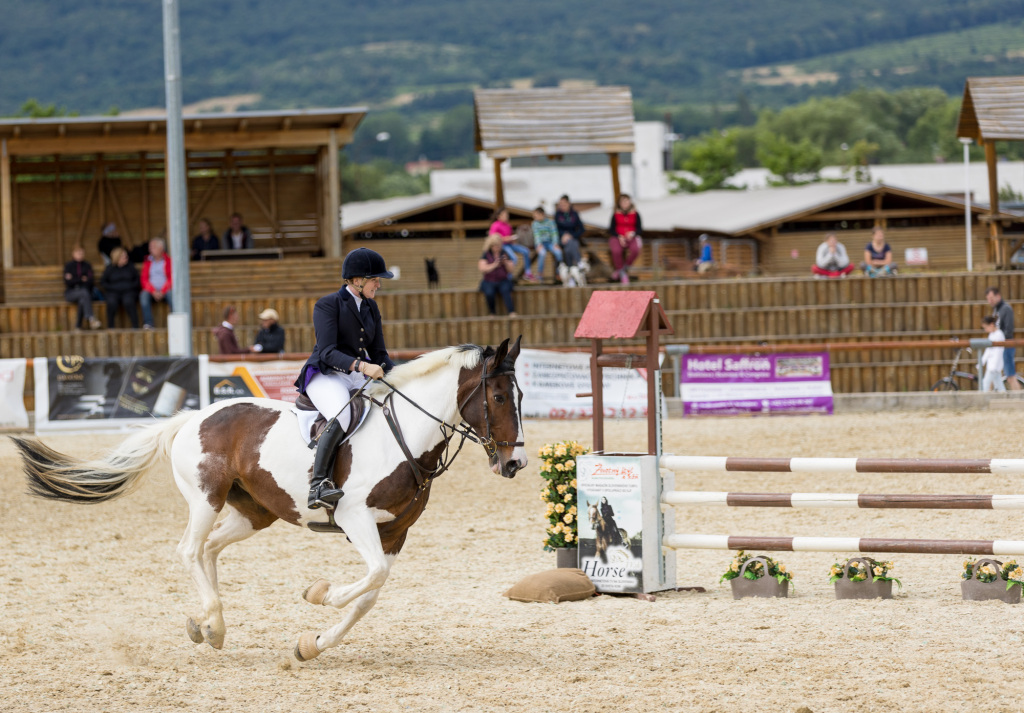 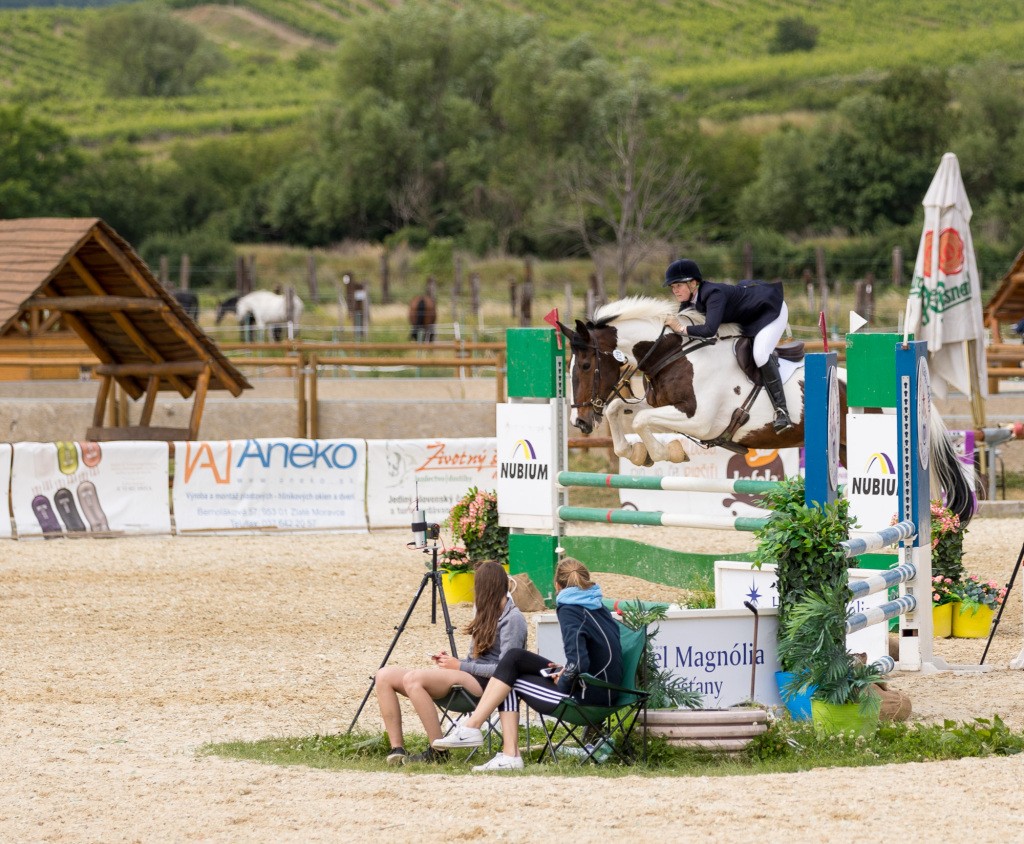 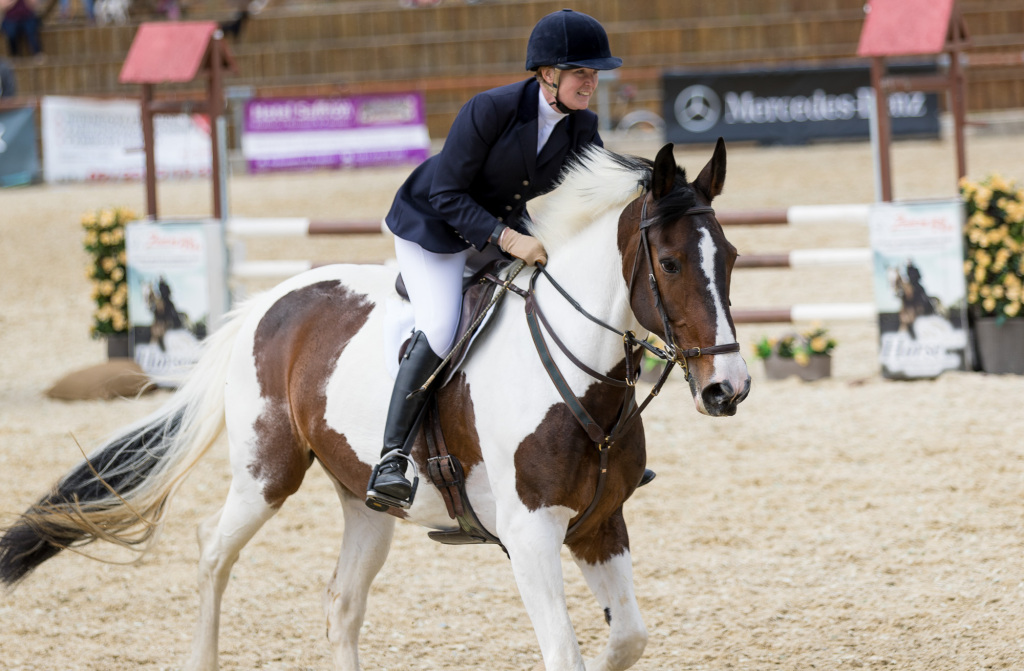 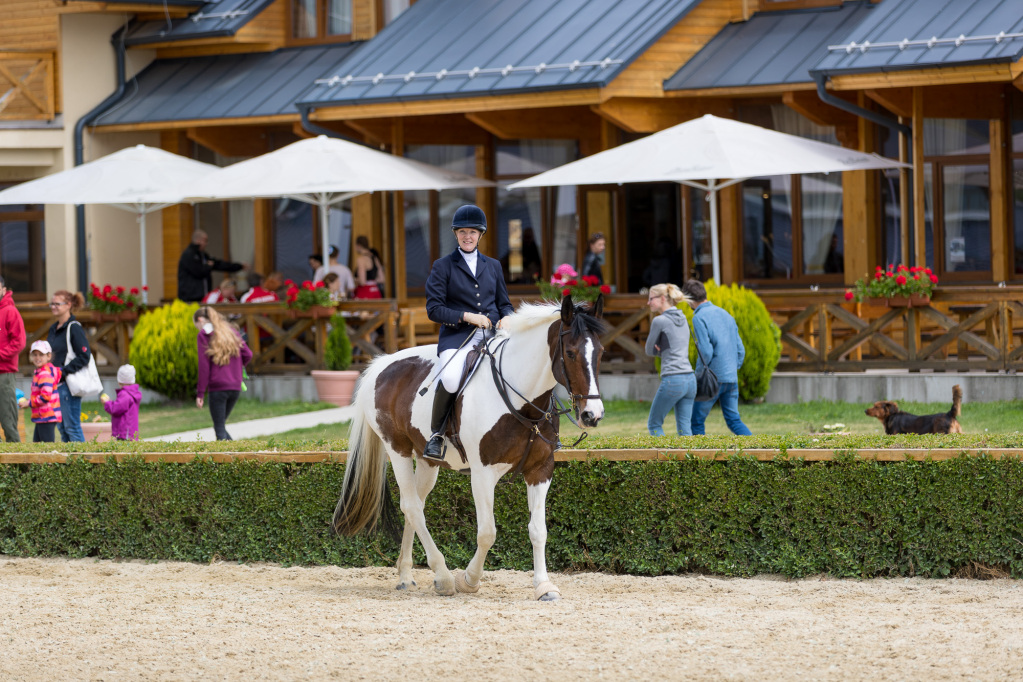 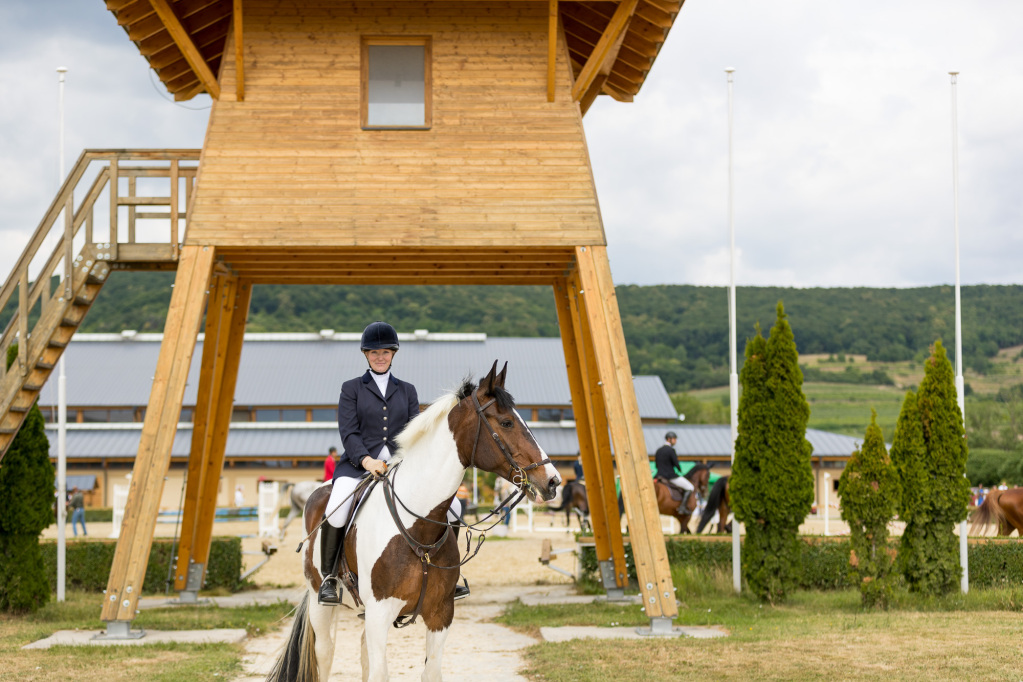