Early start today; up at 4.30.  We stopped on the way for breakfast and arrived at Norton Disney as it was just getting light.  We walked the course, which was in the same direction as Spring Event, but with a few changes and new fences.  The steps were more technical with a much narrower gap to the step up, meaning you had to ride right handed up the steps, then drop down and hook left to the next element which was a Yew Hedge.  The water was also more difficult with a splash in, step out then a stride to the skinny barrels.  There was also an unusual arrangement at fence 20 and 21: it was 2 hanging logs, separately numbered but you could ride as a one stride double if you rode a very acute angle.  Given our challenges in meeting the time in our last few events I decided I was going to angle it, and ride as a one stride double. The ground was pretty good and I was looking forward to the challenge!

Finn warmed up nicely using the new warm up technique: lots of flexing left and right in walk, the same in trot and then use “The Butterfly” to get her really listening and on the aids.  After the bucking incident last weekend I did loads of canter transitions, both left and right, to ensure she went forward into the canter.  We entered the arena and Finn felt good, she was concentrating and I was pleased – until the first canter, where the little bugger bucked!  She carried on with the rest of the test fairly relaxed – and then bucked again into the second canter!  Judge’s comments were: “A lot of horse in a small arena, you both coped well.  Loved the energy towards the end”.  I was pleased with the test, except for the bucking! 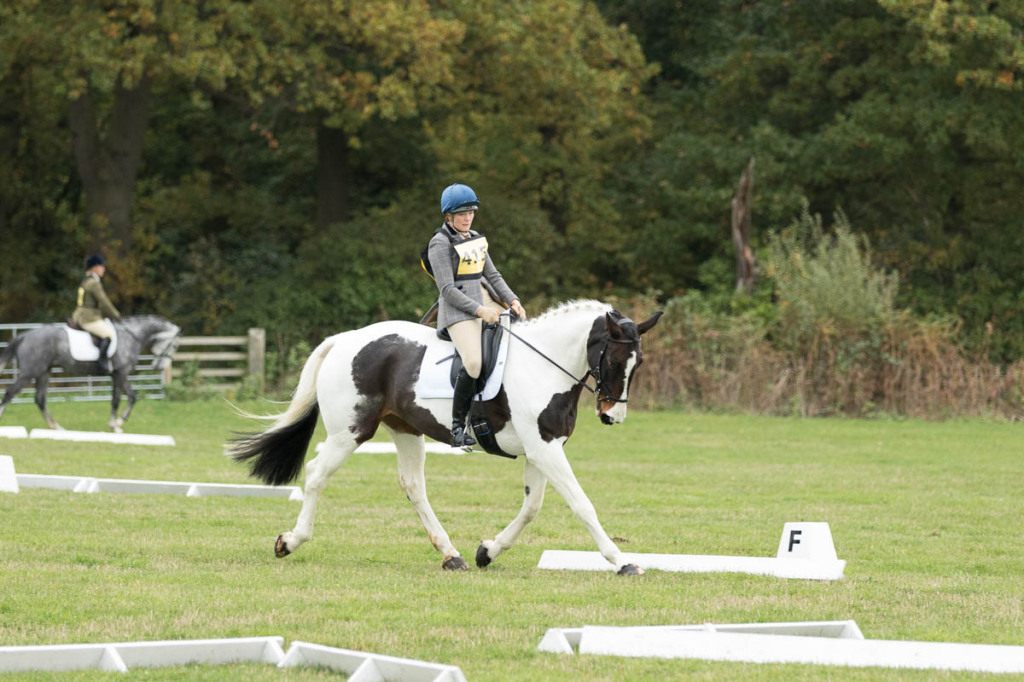 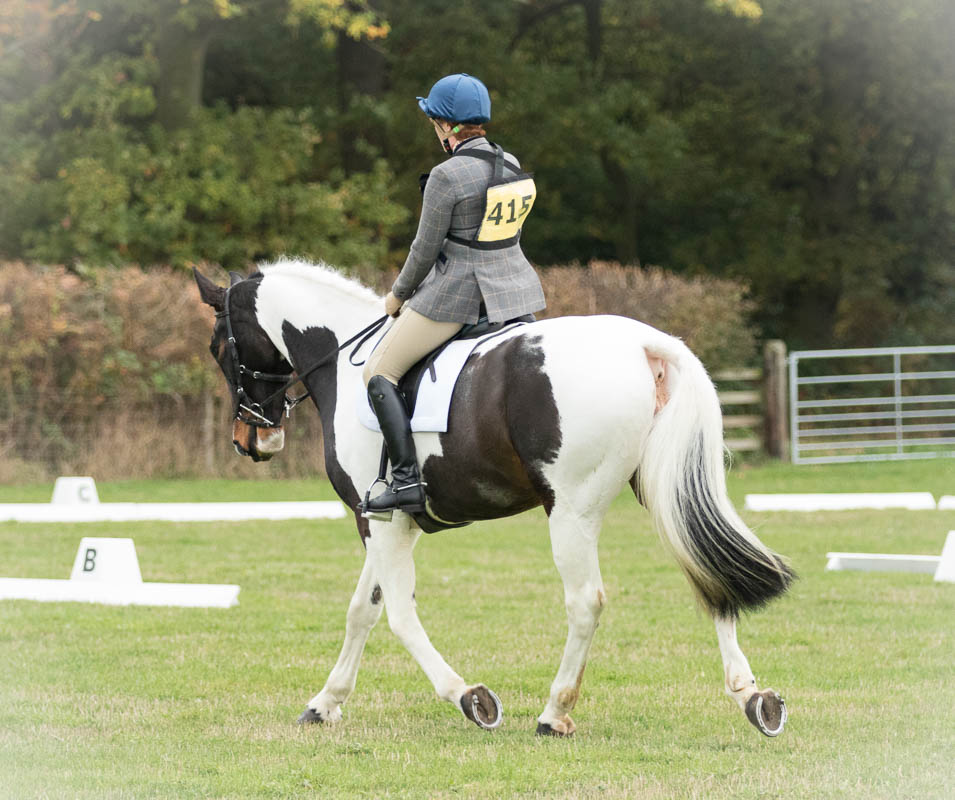 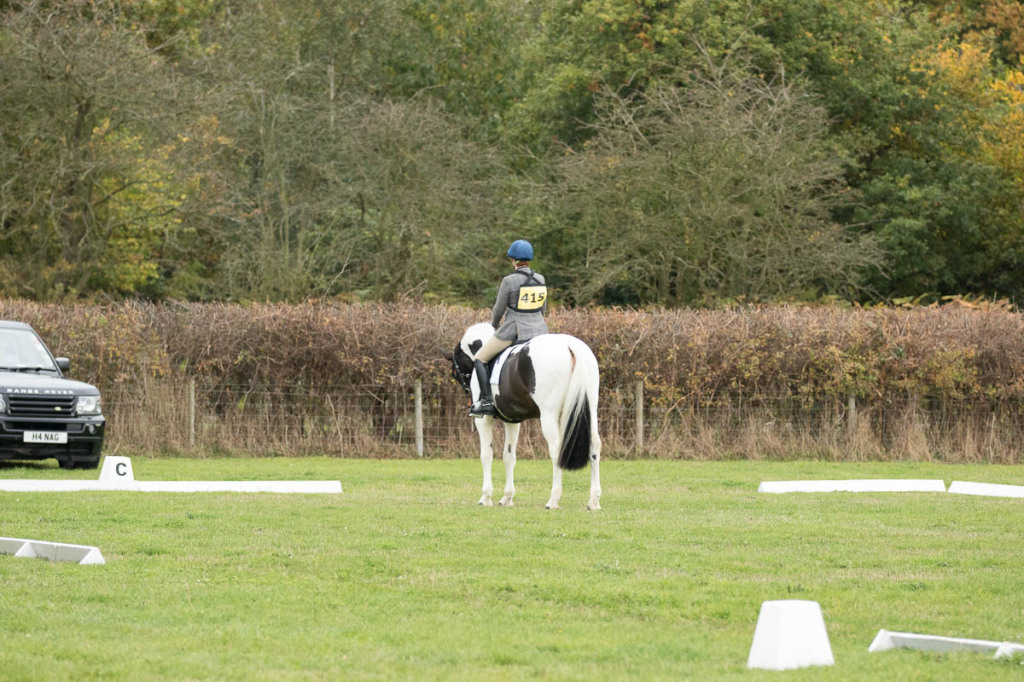 The showjumping was causing some problems, I warmed Finn up and went in – she did a fantastic clear round.  There were a couple of wiggles where she spooked on landing after fence 2, at the wings on fence 4 (see the photo of her looking like a crazy horse), but that didn’t put us off and I remembered to just her ride in a good rhythm with energy.  She had big pats and we headed back to the truck to get ready for the XC. 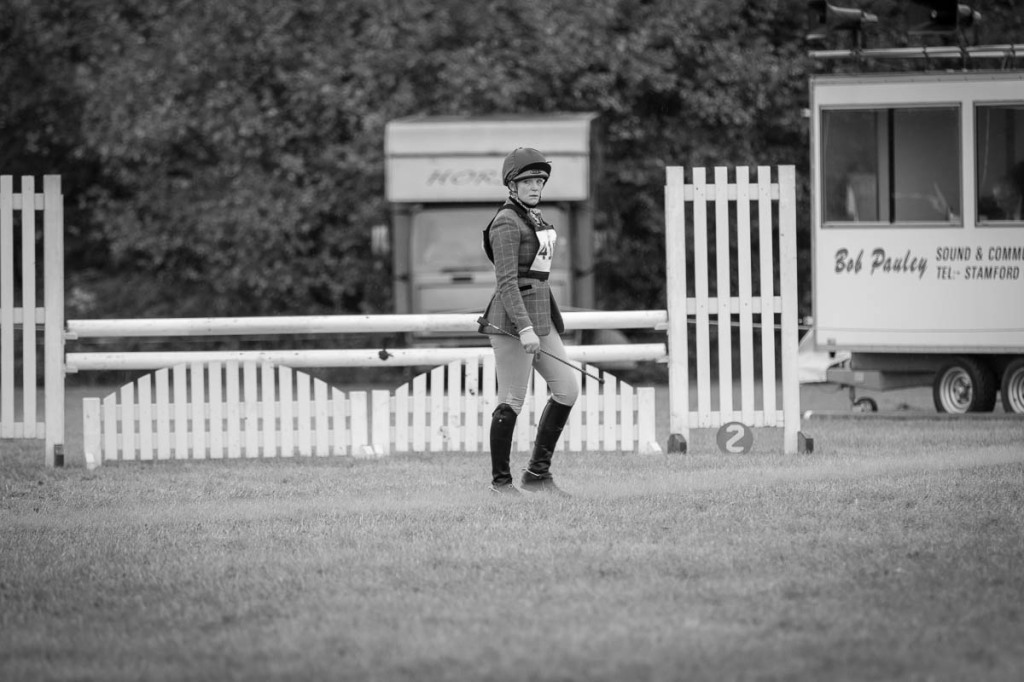 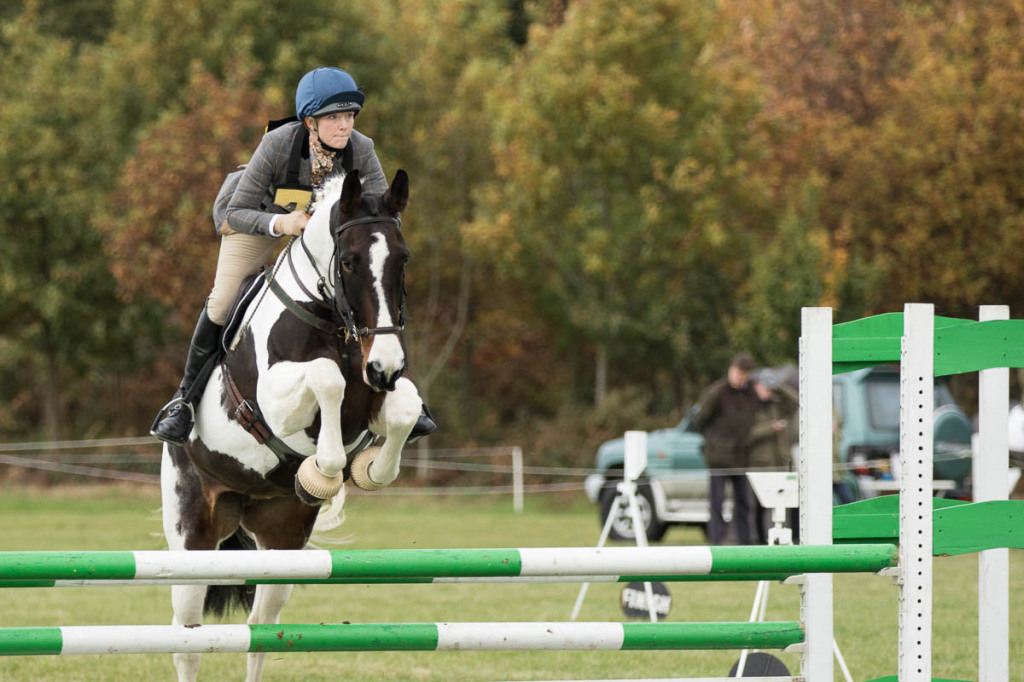 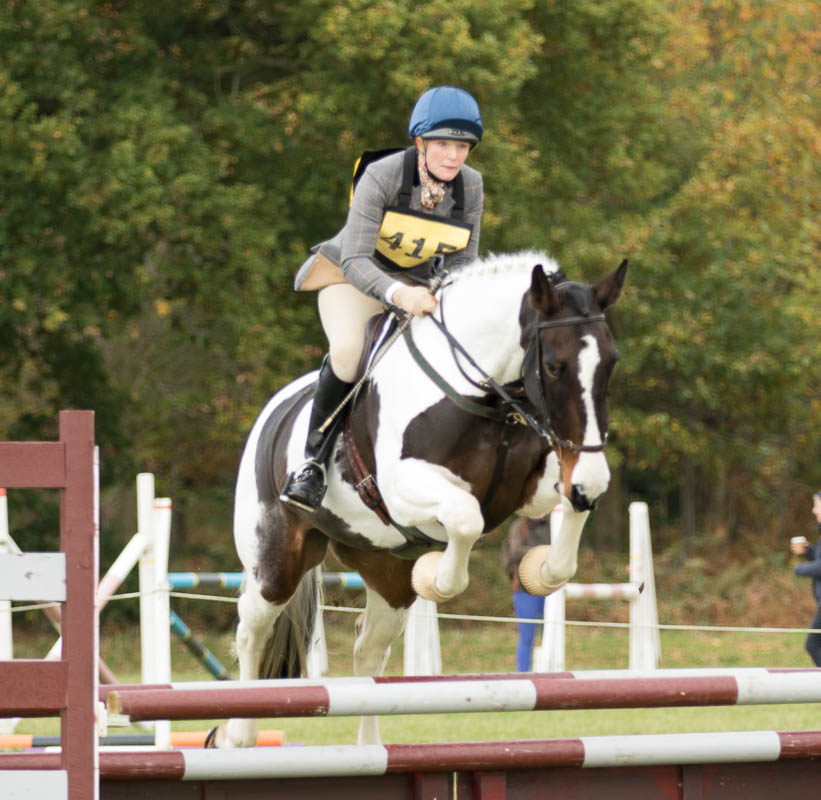 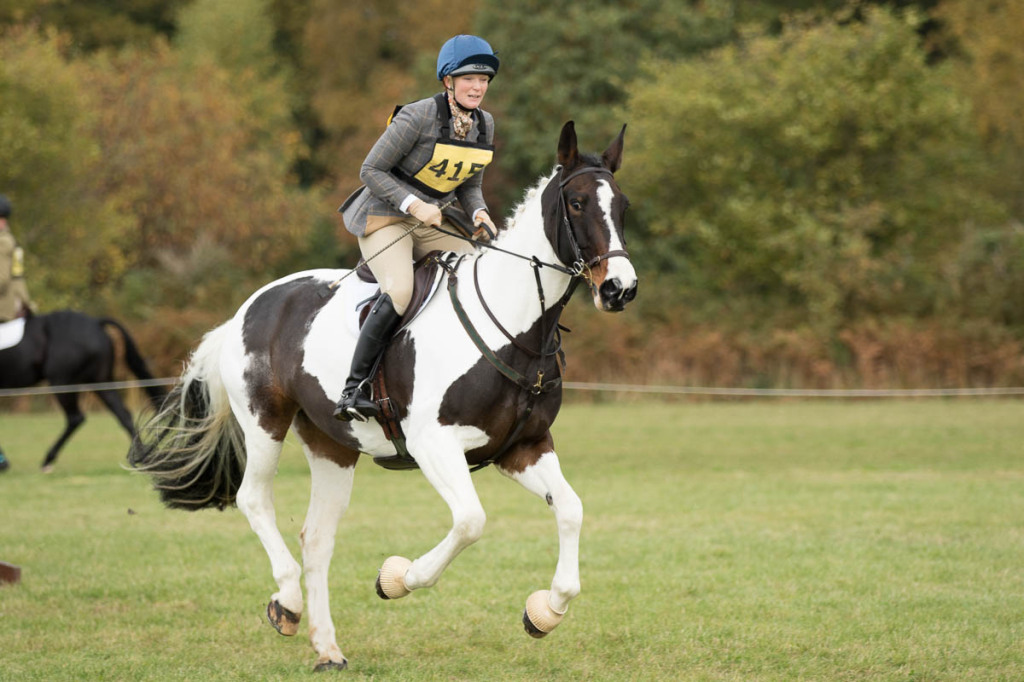 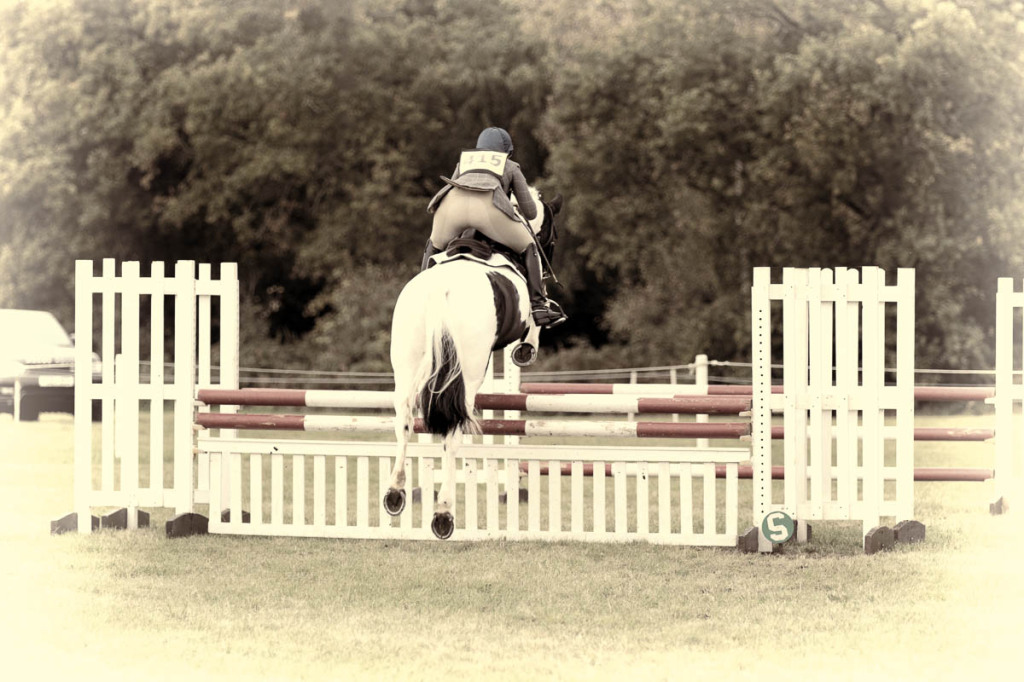 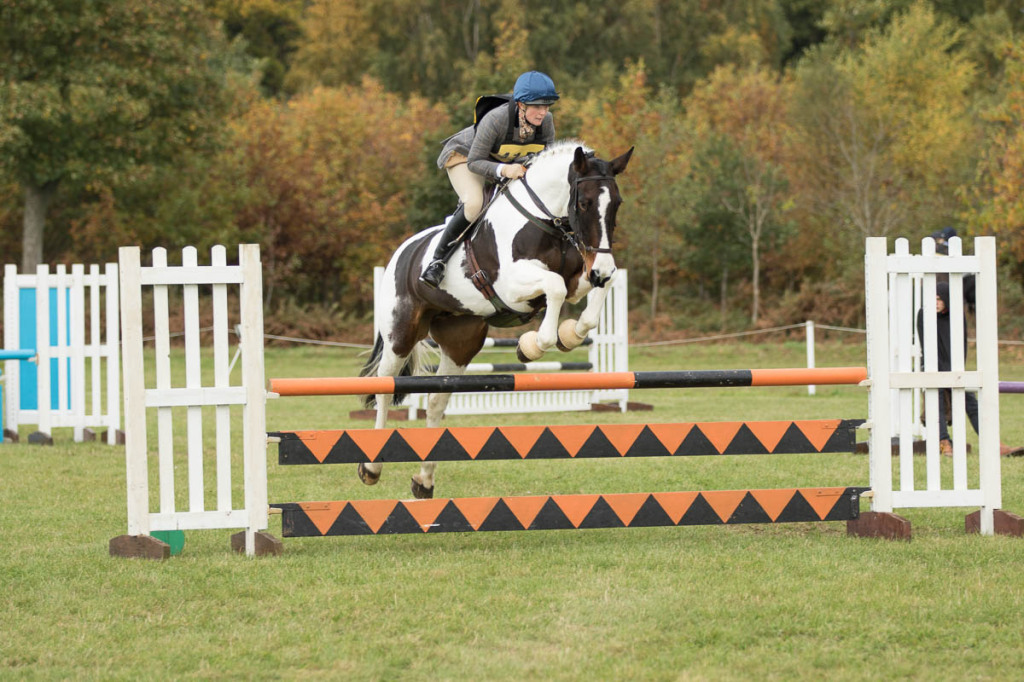 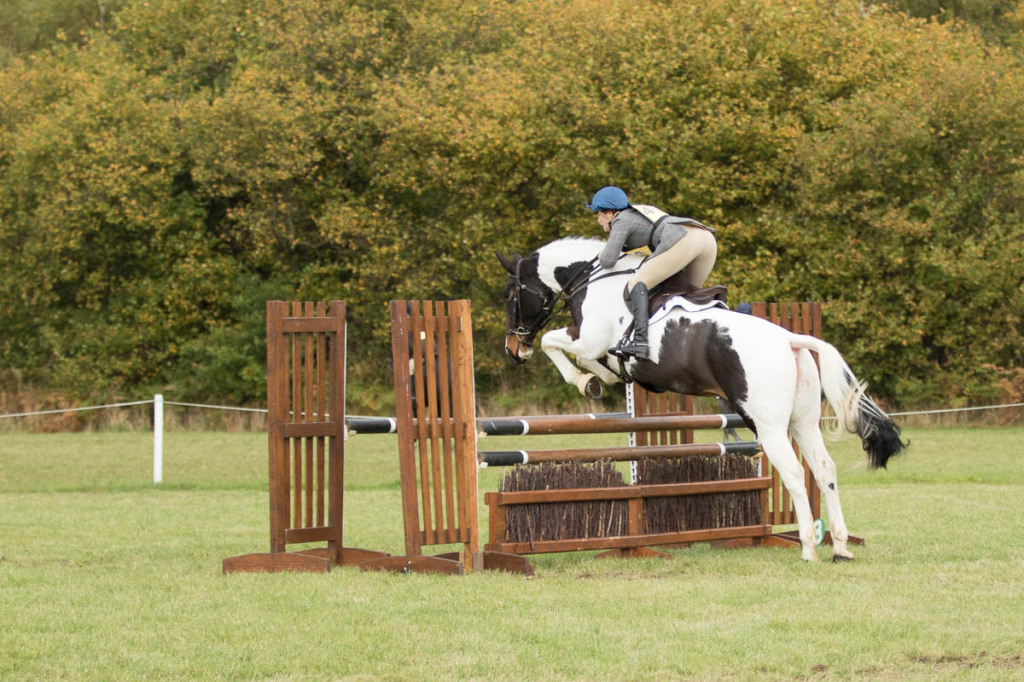 Chris had been looking at the weather app and said it was going to pour down at about 11am, so we got moving as they were calling for people who were ready to go to the XC start.  There were only two in front of me when I got there so we had a quick warm up, remembering to ride across on a couple at an angle in preparation for the hanging logs later on in the course.  The lovely starter from Long Buckby Wharf was on duty – and he remembered us!  We set off well and Finn really felt like she was up for it today – I was also “getting my ginge on” as Ibby put it – riding more aggressively with determination.  Finn was awesome: she was galloping well between the fences and I remembered Bill Levett’s clinic to really push the gallop on – then balance for the fences without losing the rhythm.  She flew the big open corner and then onto the saw mill – I got it a bit wrong and tried to correct her in front of the jump (a cardinal sin) but Finn sorted herself out and did a huge leap – you can see in the photo she makes it look tiny – but it was full up 1m with a decent spread!  The rest of the course rode beautifully, we had a couple of trot strides before the hanging log while Finn figured out the question, and put in a perfect one stride; I remembered to land and ride after every fence today – no looking at the scenery for us today.  We gave the last fence respect as it was quite upright – and then kicked on for the finish flags.  It was an incredible feeling – we’d completed on our dressage score and Finn felt like she was really enjoying herself.  It was a thrill to hear the commentator say that we had gone into 2nd place as we walked back to the lorry park!  It’s a shame we’ve had a stop-start season again as I think she’s be unbeatable if we could just get into our rhythm.  Sad that this might be the last time we compete at Norton Disney before going to Slovakia – so pleased it was positive! 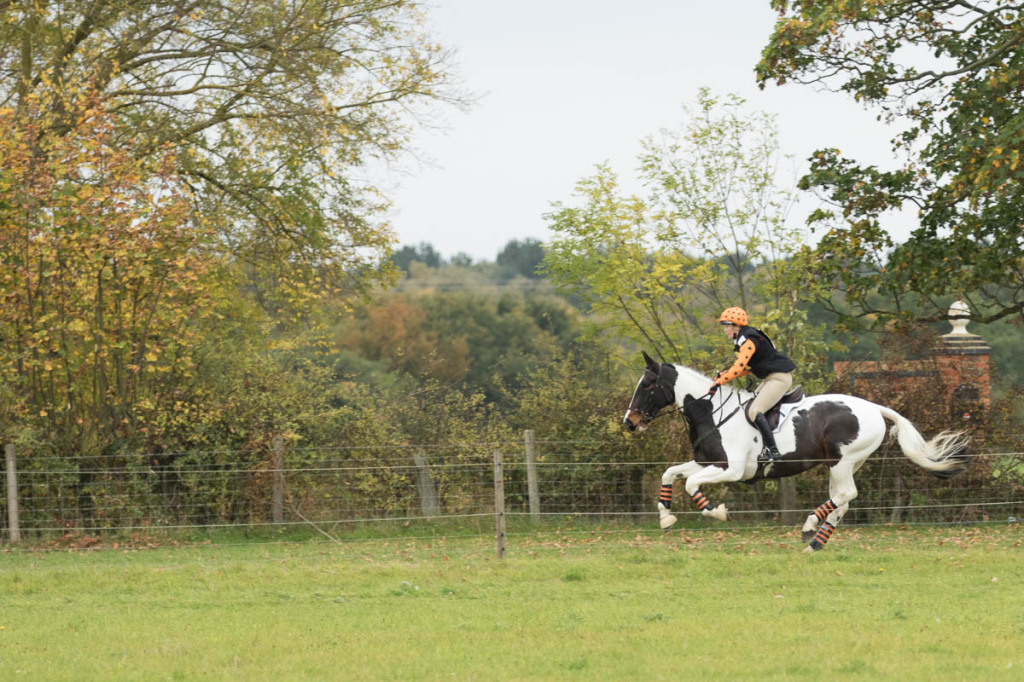 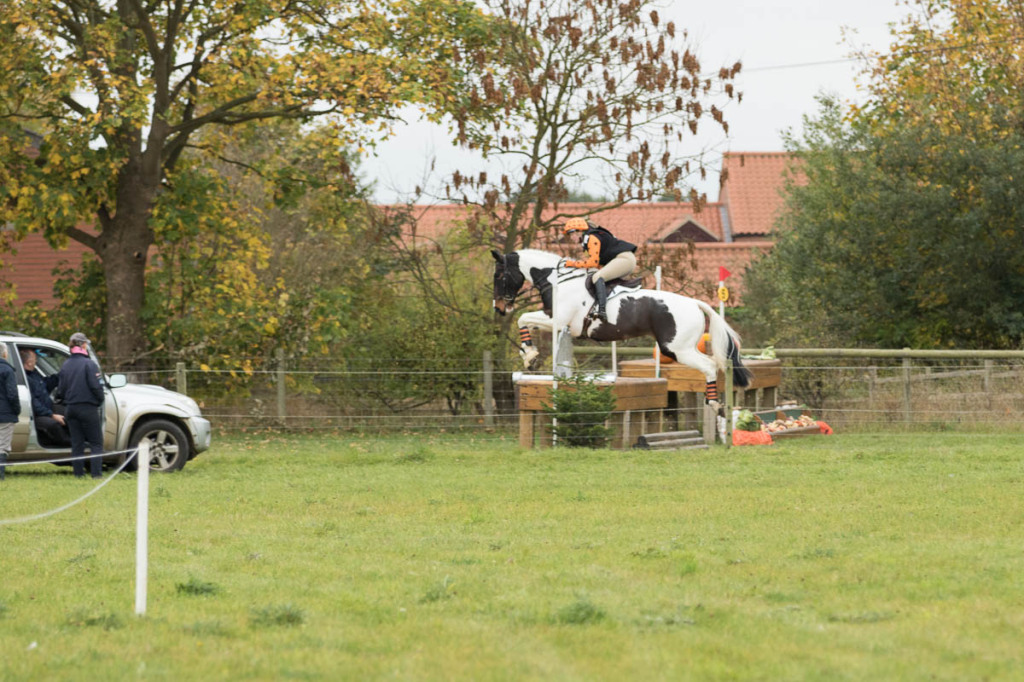 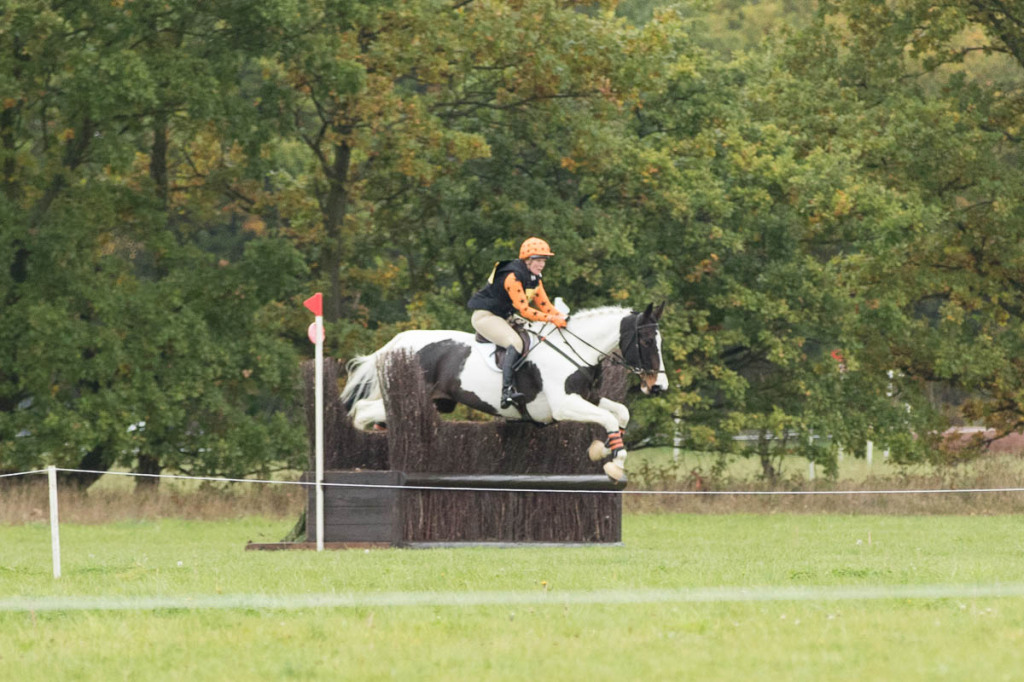 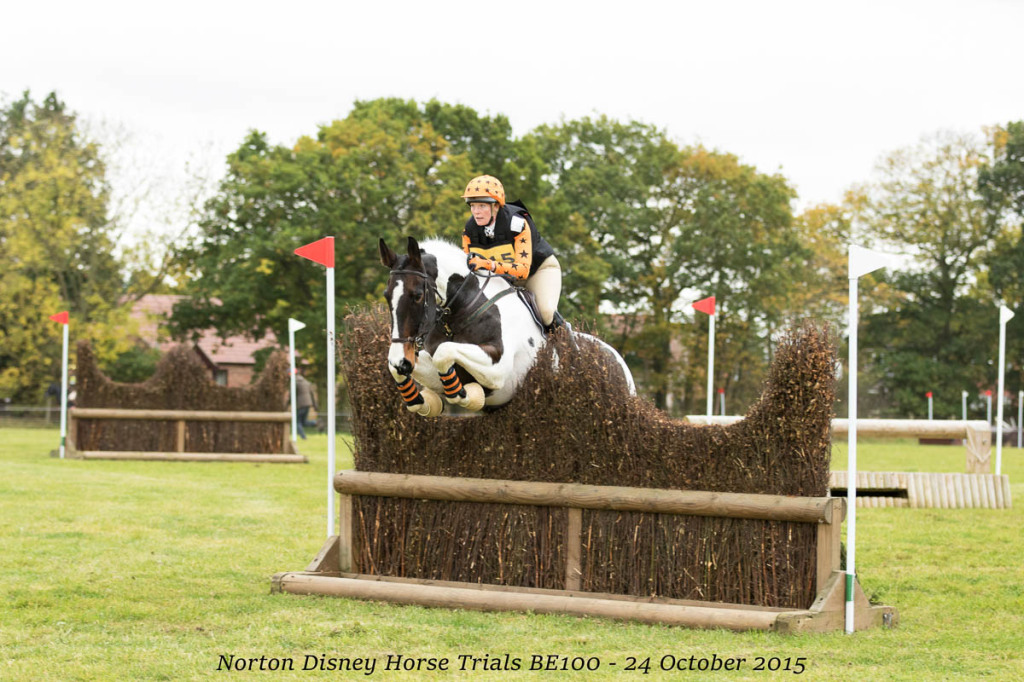 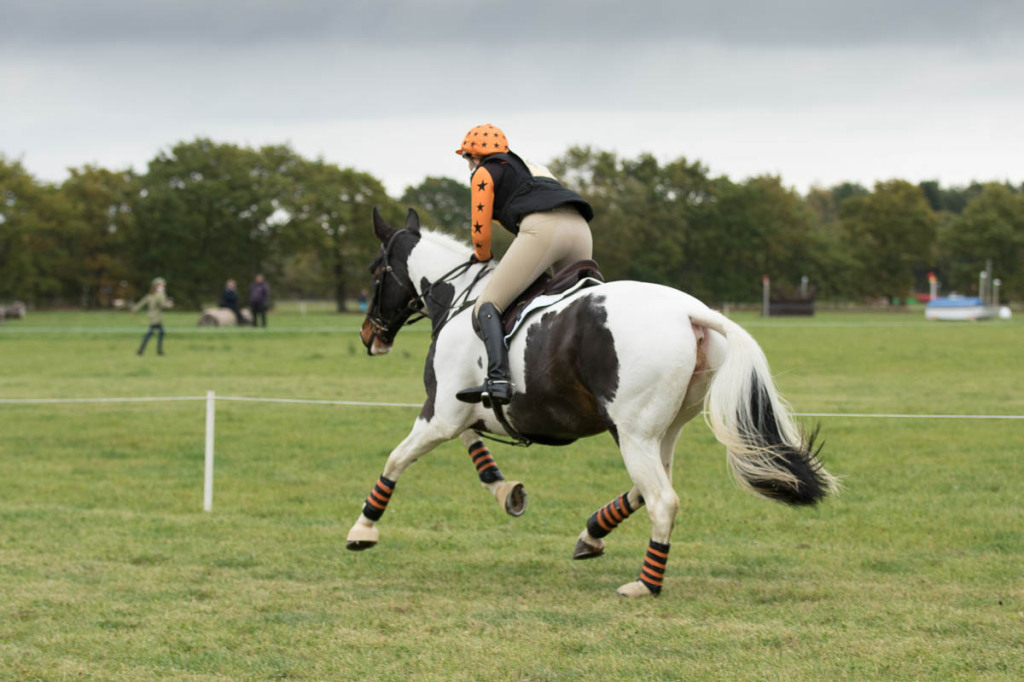 We got Finn sorted and then went over to see the scoreboard situation, was very happy that we had made the time today – we ended up 5th – our best BE placing at 100 – very, very happy!

Post Script – we have been awarded 8 foundation points for the double clear and the placing, so that fulfils another one of my 2015 objectives: doubling our BE foundation points – even if it was all down to the very last event!