The Big Move – Finn joins us in Slovakia

After all the worry and sleepless nights Finn has finally joined us in Slovakia! Yaaay!

She was due to arrive on 9 April (our 18th Wedding Anniversary) at 5am as Horse Trans Cargo prefer to drive through the night and rest during the day – the roads are clearer and it’s not so hot (not that it was hot today – it’s a bit miserable and has been raining). We were up at 4.00 to ensure that we could be there to see her off the lorry. We got to the yard at about 4.40 and got Jan and Nina out of bed to open up for us. So, 5am came and went – and no sign of Finn……… I called the (Hungarian) driver and he spoke very little English – but I managed to understand that he would arrive at 9am. So we went back to the hotel for breakfast and a rest!

We drove back to Ranc Galnta, and before long I was very excited to see the big Horse lorry arrive! I called Chris (who had gone on to take photos of her arrival) and followed the lorry down the drive. Finn looked relaxed and happy and came off the lorry quite enthusiastically. I asked the driver if she had been good. He said that the had been very good and very easy – and was very beautiful…..

I took her to her stable to have some hay and put her rug on so she could go out for a leg stretch and an roll – the pictures tell this story! I am so very happy to have my beautiful girl with me again – have missed her so much! She’s lost a little weight since I last saw her – but nothing a couple of days rest and good grass won’t cure! 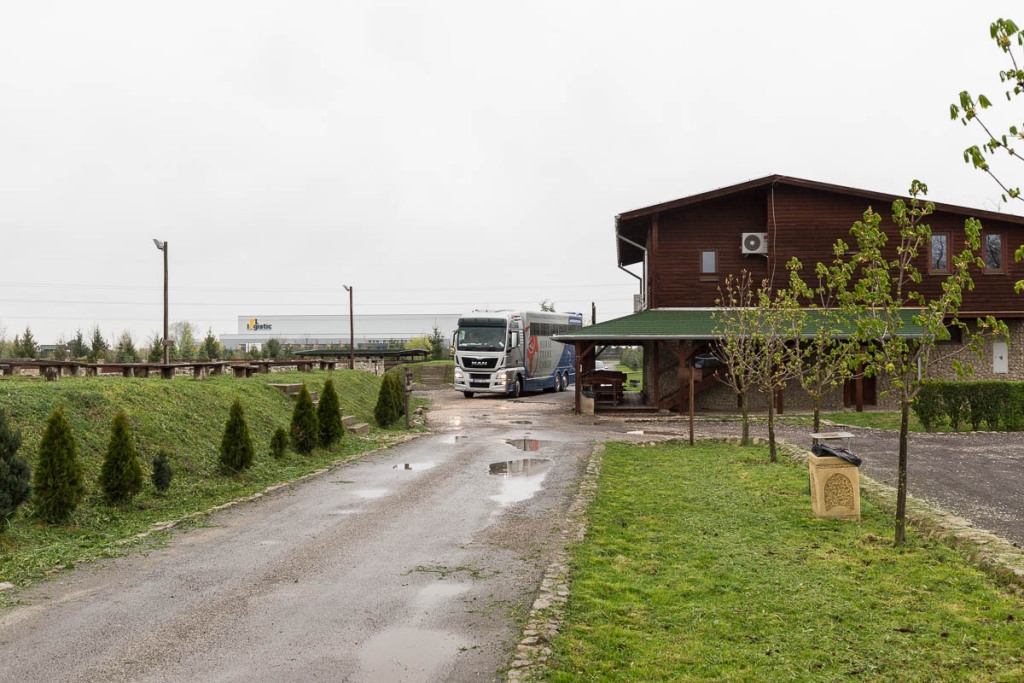 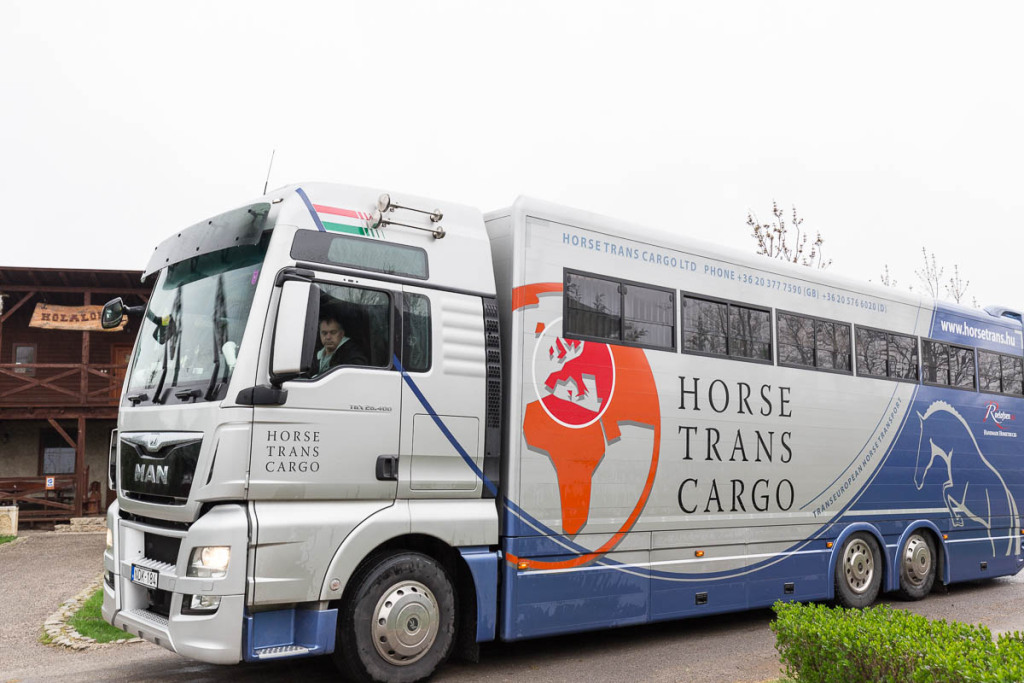 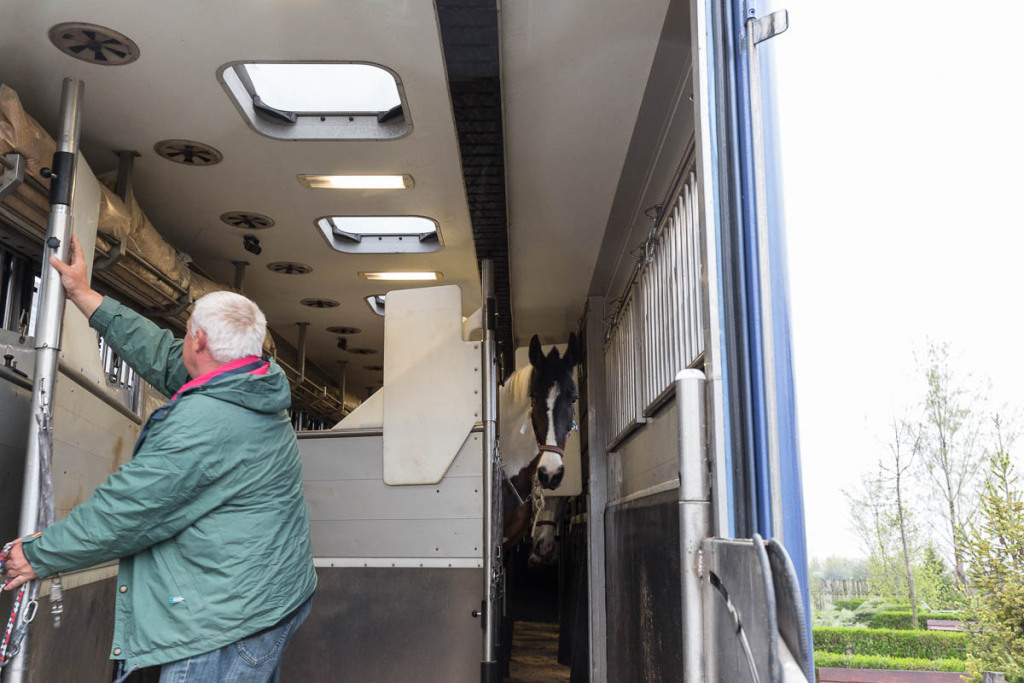 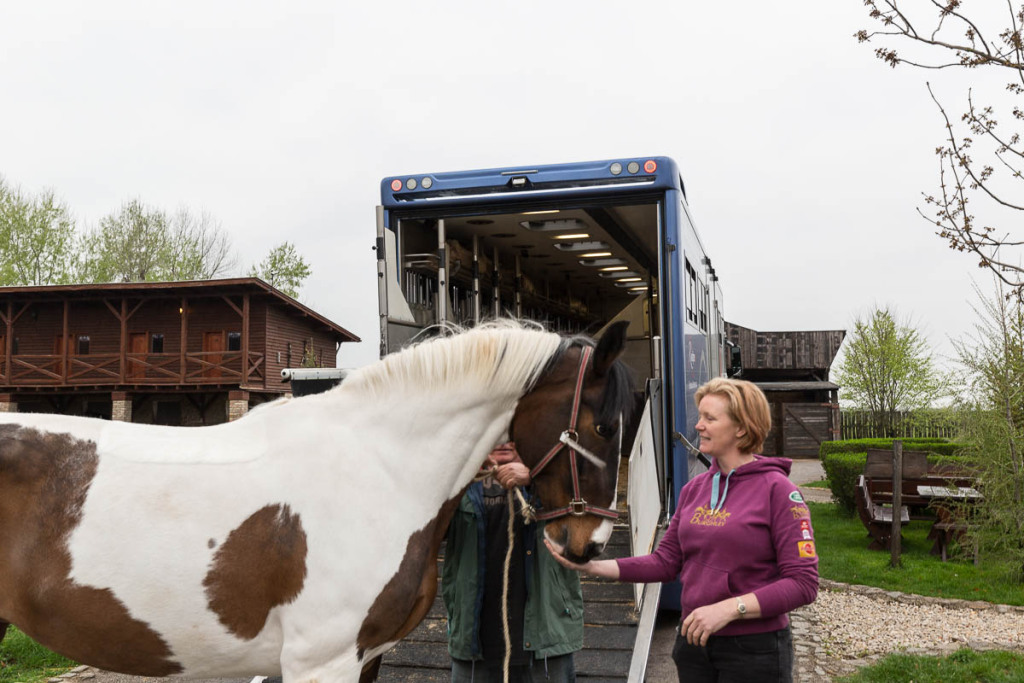 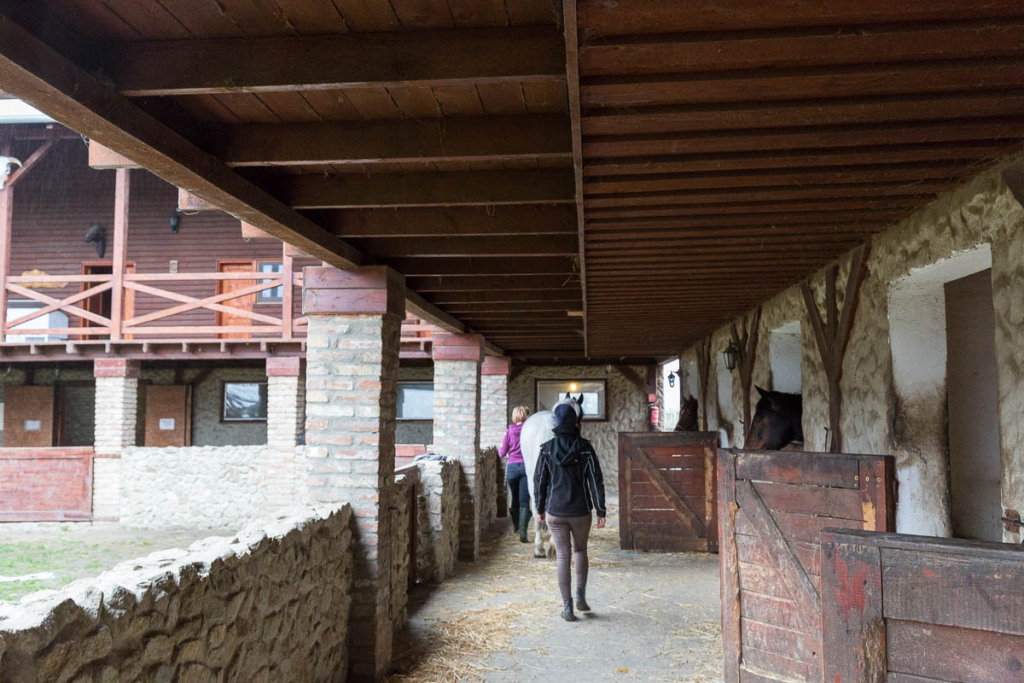 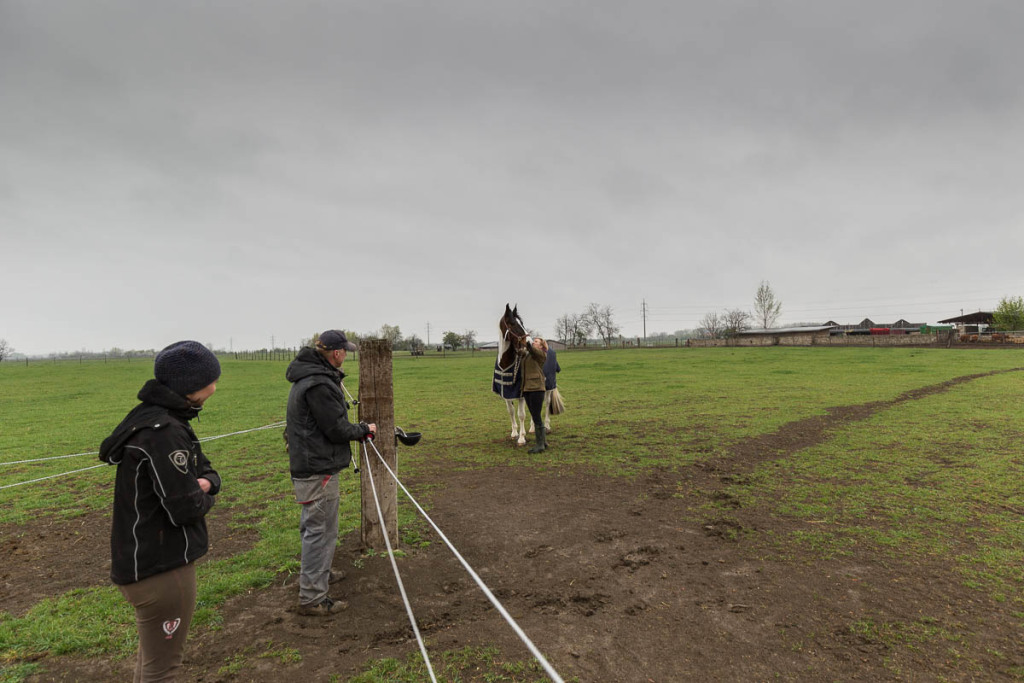 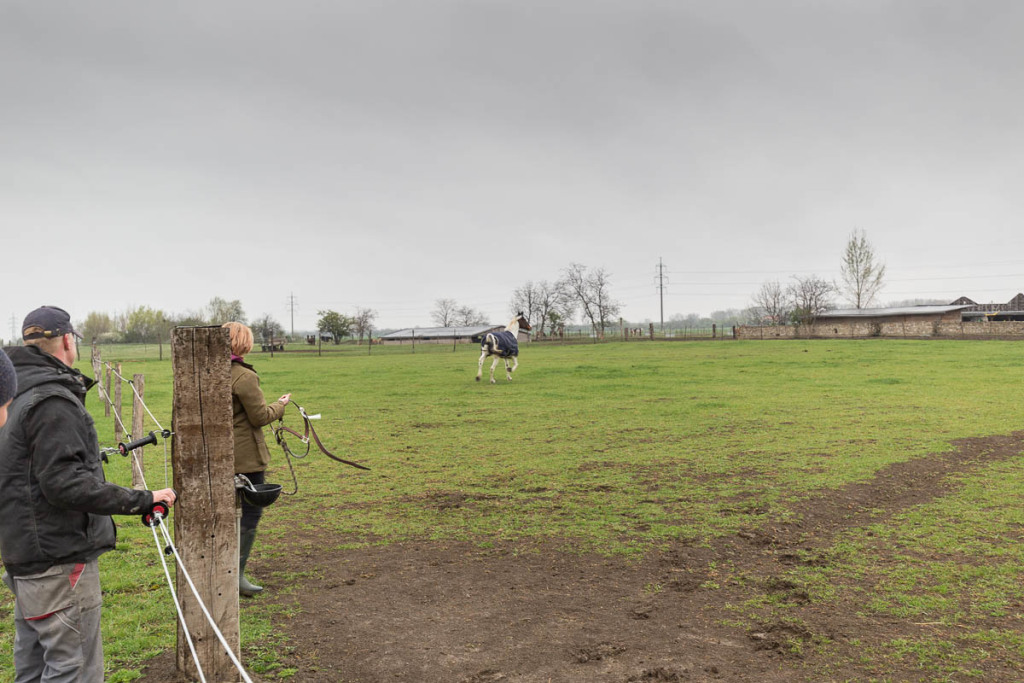 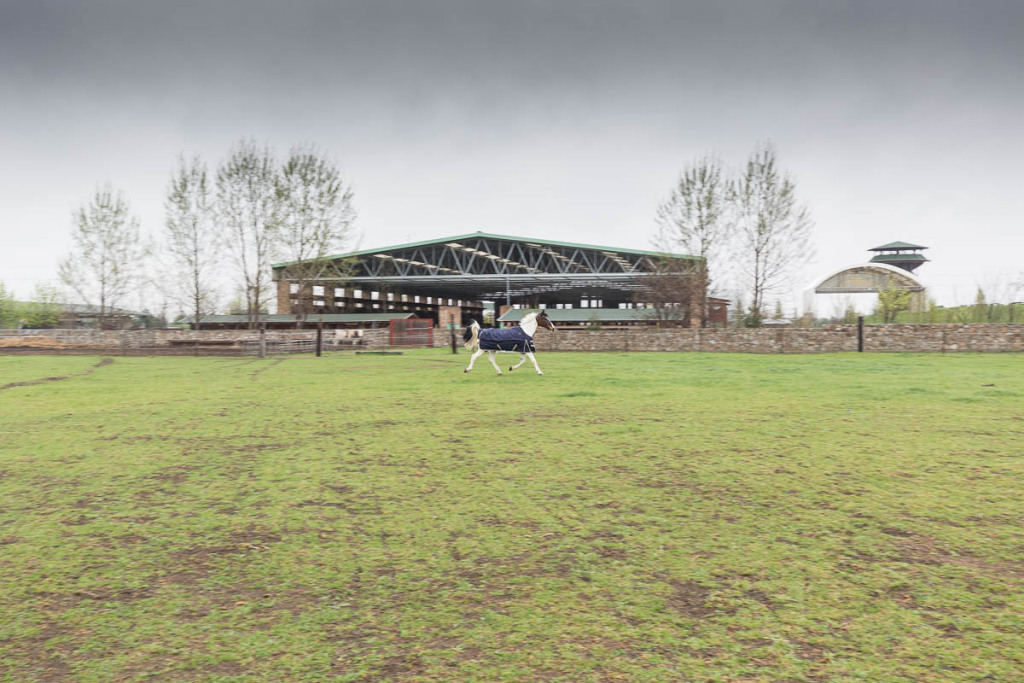 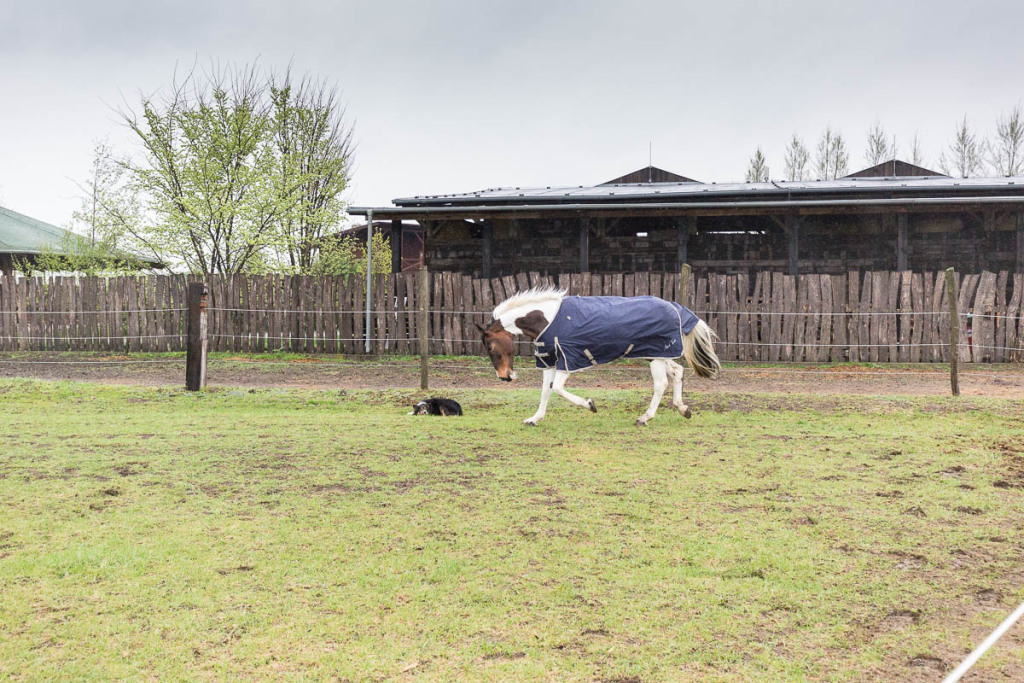 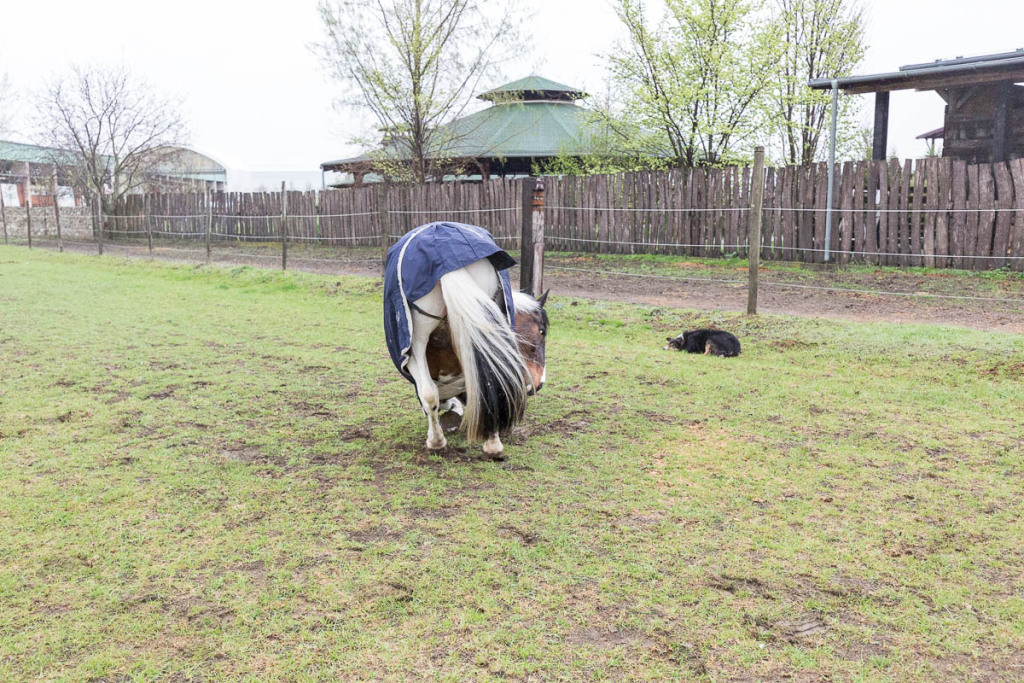 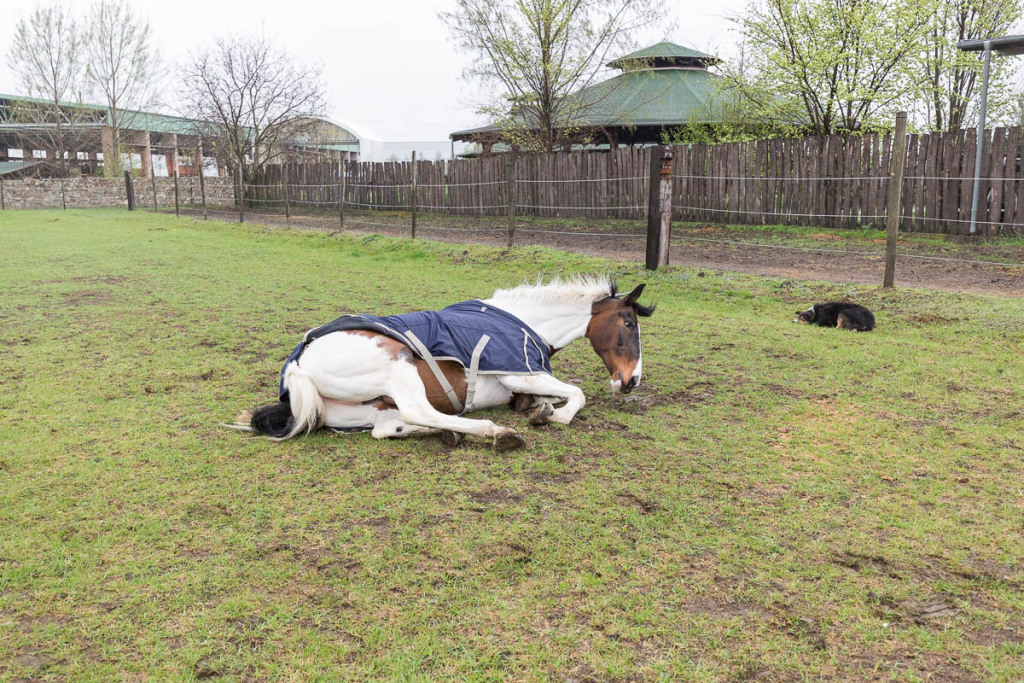 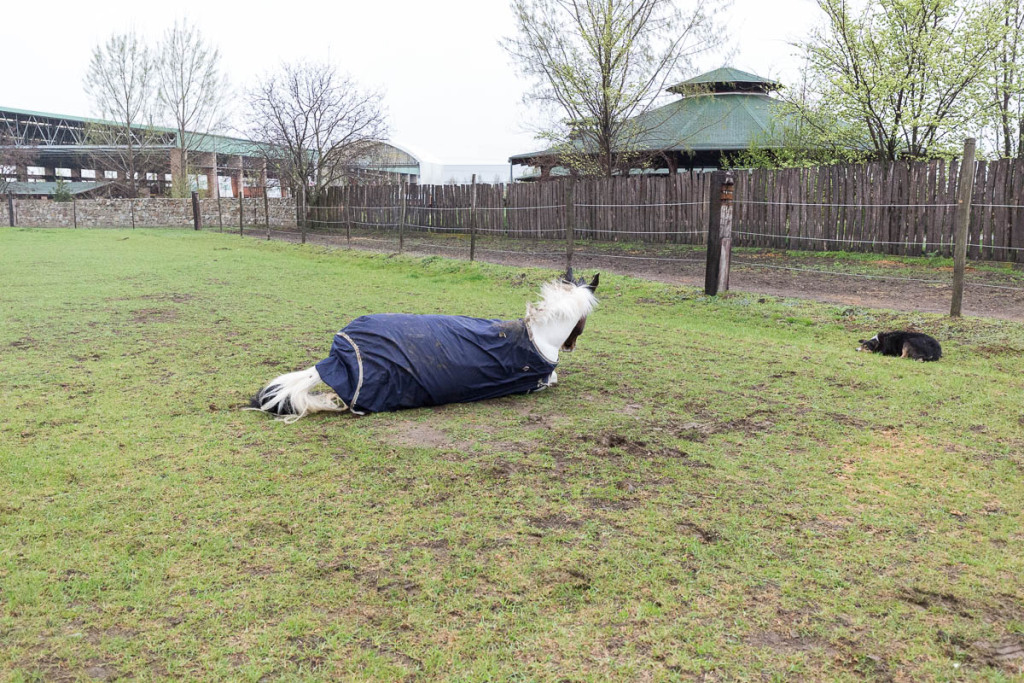 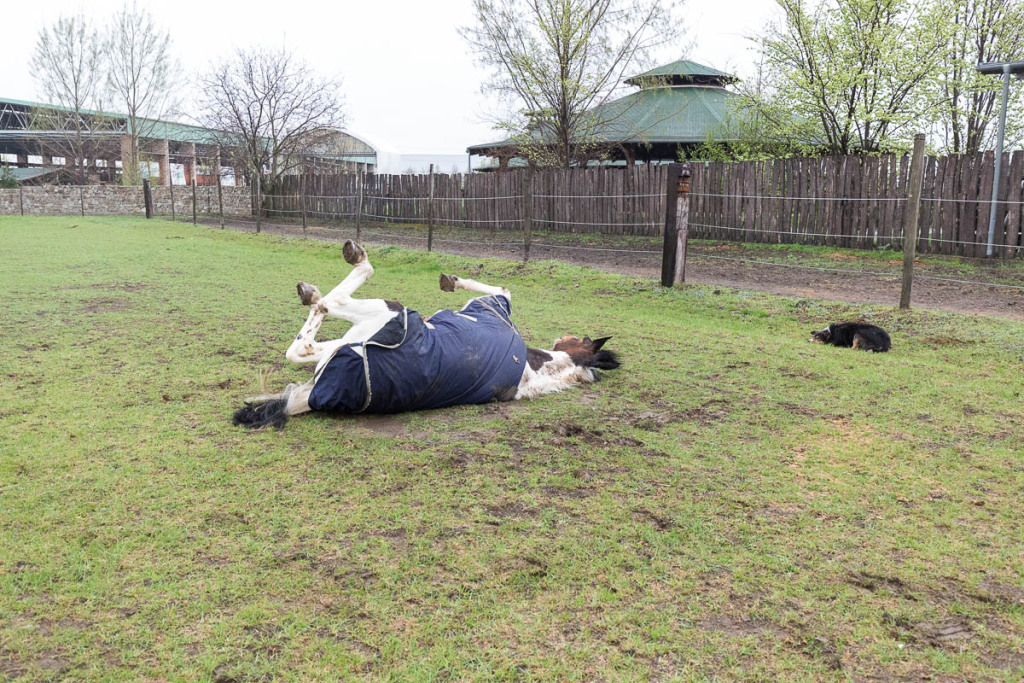 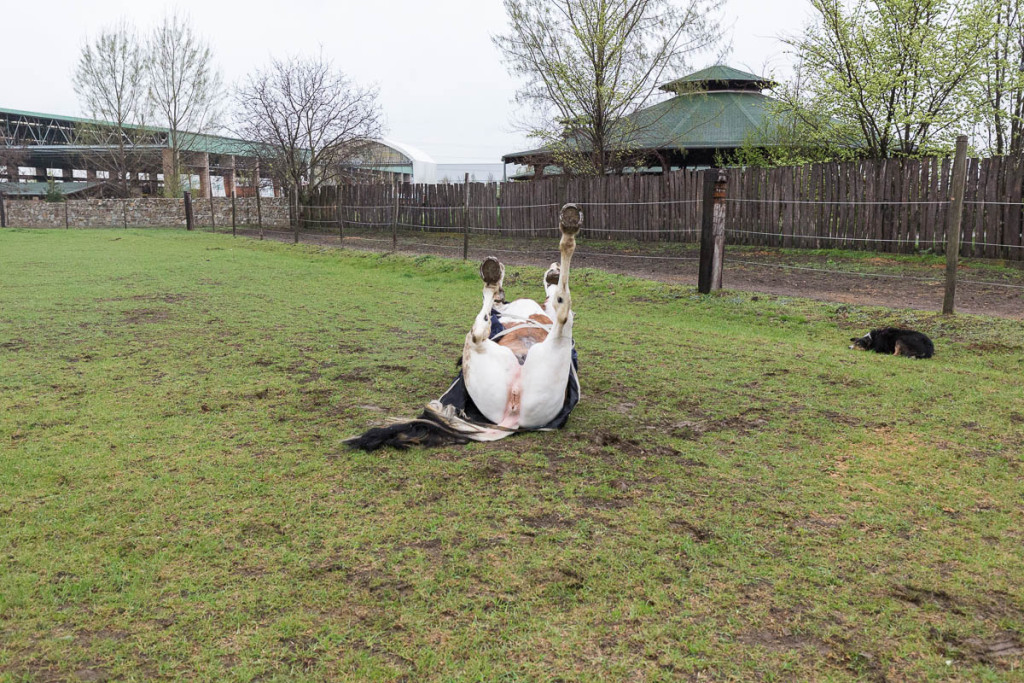 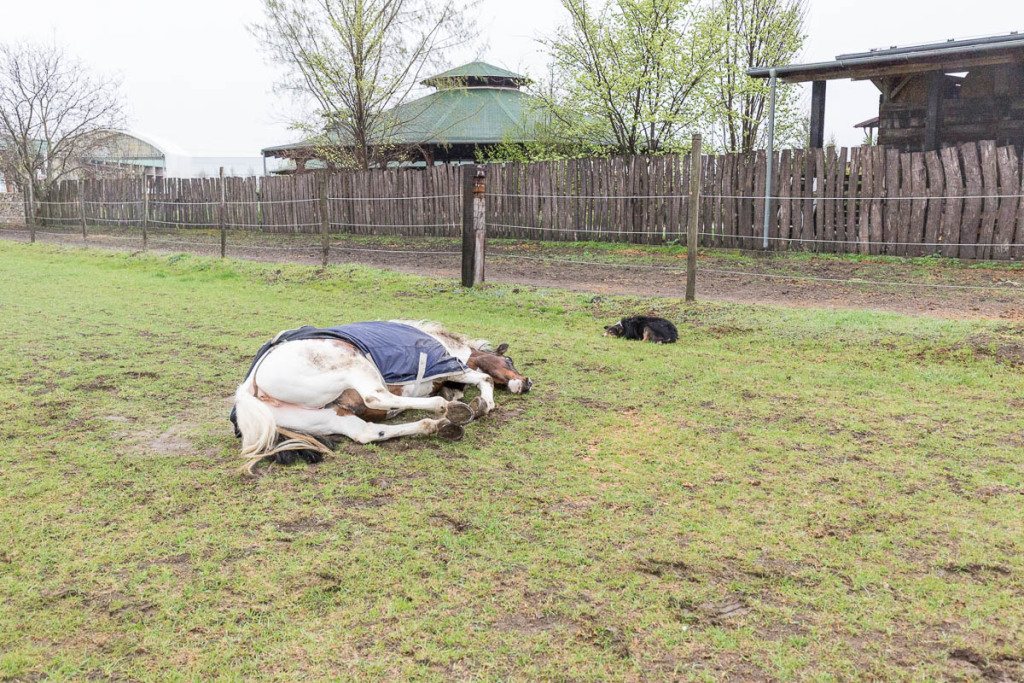